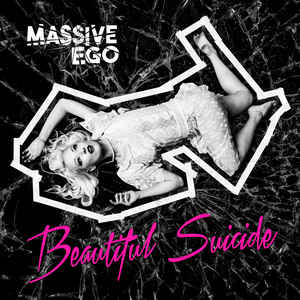 Background/Info: Set up during the 90s, “Beautiful Suicide” stands for the return of Massive Ego. It’s not that really about a come-back although they didn’t release any new album since 2008. But during the past few years Massive Ego stroke back with noticeable EP’s “I Idolize You” and “Noise In The Machine”. They joined hands with Out Of Line, which will for sure give them a wider exposure.

Content: “Beautiful Suicide” is an album that moves towards electro-wave-pop music. The work has been mixed by Mixed by Chris Pohl and Mario Rühlicke (Blutengel), which for sure got an impact on the sound. Massive Ego composes a naughty electro-pop sound, which is carried by solid bass lines and great leads. The sound however is pretty diversified and still pretty sexy through the vocals of Marc Massive. Diversity comes from different influences and featured guest singers. There also is a funny sampling featuring Nick Rhodes (Duran Duran).

The bonus disc features remixes by noticeable names like Blutengel, Ashbury Heights, Chrom, Ludovico Technique, Nature Of Wires, Ash Code and NeroArgento. But you also get a few exclusive songs.

+ + + : Massive Ego has a very own sound DNA. It’s a rough and raw electro-pop style, which sounds a bit retro-like, but still exciting and sexy through its charismatic vocalist. “I Idolize You” remains an absolute hit, but I have to mention other noticeable tracks such as “She Uses Sex”, “Kate’s In A State” and “Haters Gonna Hate”. This band mixes efficiency, originality and image!

The list of remixes is quite impressive and I here especially want to mention the retro-like approach of Ash Code. The best cuts from the bonus CD are the extra songs from Massive Ego.

– – – : I’m a bit disappointed about the extra disc. I like the extra songs, but I expected much more from the remixes.

Conclusion: Massive Ego confirms the potential revealed at previous EP’s. This is a great album with multiple potential hits. This is electro-pop with attitude!