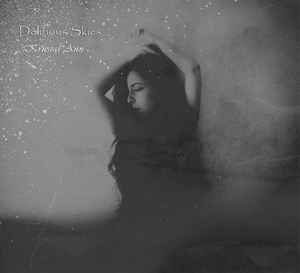 Background/Info:  Greek artist Kriistal Ann released “Delirious Skies” on Werkstatt Recordings in 2014. From the very first time I heard the minimal-electro-wave style of this artist with a very particular timbre of voice I get totally seduced by her minimalism in sound. I also discovered great side-projects such as Resistance Of Independent Music, Paradox Obscur and Sine Silex.

“Delirious Skies” has now been re-released on Wave Records featuring the original tracklist plus one bonus song.

Content: Kriistal Ann deals with electronic minimalism and sterile electro-wave music. The song structures are quite simple while composed with less material, but the simplicity remains the main strength of this artist’s work. The vocals are bewitching for the mix of sensuality and coldness. Anna Michailidou’s (real name) timbre of voice is sometimes reminding me of Elena Alice Fossi (Kirlian Camera). The bonus song stands for a dreamy final.

+ + + : Kriistal Ann remains an artist I fully support and encourage listeners to discover. She’s animated and inspired by great vintage electronics creating a sterile and yet sexy electronic style. The sweeps and icy leads together with the way of vocals create the magic of the sound. One of the songs (cf. “Remembrance”) reminds me a bit of one of the absolute hits of Belgian formation Bedtime For Bonzo (cf. “The Bloody Violation Of Mickey Mouse’s Virginity On 59th St.”) while “Ashes Of Hope” is another cool song and pretty intriguing because of the Greek lyrics.

– – – : The album “Cultural Bleeding” remains my personal reference from this artist’s discography. You can hear this album has been composed before. There’s not the same impact and elaboration.

Conclusion: This re-release is a good opportunity to get more familiar with Kriistal Ann although if you don’t know her music yet, you’d better discover “Cultural Bleeding” first!