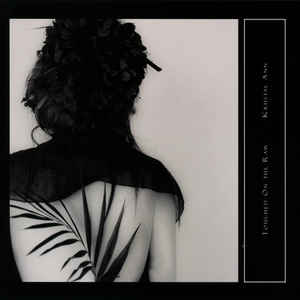 Background/Info: Greek artist Anna Michailidou strikes back as Kriistal Ann. She’s also involved with other electro projects such as Paradox Obscur and Sine Silex and now unleashes her fifth solo-album. She also released an album together with Aidan Casserly.

Content: “Touched On The Raw” is different from previous solo albums. It remains a minimal electro & pop experience, but several songs are also feature jazzy influences. It brings me to say that this album comes closer to her work with Aidan Casserly (cf. “Muse”), which was pretty jazzy inspired as well.

The songs are into darkness and melancholia while saxophone parts inject a warm breeze to the work. One song features S.H. Salvatori and F. Conte from Spiritual Front. Both last tracks are bonus remixes.

+ + + : Kriistal Ann remains first of all driven by the strength of Anna’s unique and bewitching timbre of voice. There’s a kind of mysterious power emerging from her vocals although the main characteristic of “Touched On The Raw” is the evolution in sound. I’ve always supported artists who don’t repeat themselves and that are precisely what this work stands for. It’s a more personal composition although I prefer the more danceable remixes at the end of the album.

– – – : This album is not exactly a new beginning, but takes some distance with previous productions. I’m missing the minimalism from the previous works, which had something magic.

Conclusion: No doubt about it, this is the most atypical Kriistal Ann album to date, like an artist who decided to experience a new sonic path. I prefer her previous works.