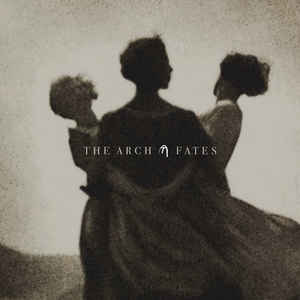 Background/Info: I realized that The Arch is celebrating their 30th anniversary this year. This Belgian formation was set up in 1986 and got their most successful years during the late 80s and early 90s. After a hiatus of several years they got back on track unleashing new material on Echozone. “Fates” is their newest opus released by the small and independent WHY2K label (which also released a few productions of Simi Nah).

Content: The Arch is not reinventing new-wave music, but they clearly hold on to their early influences and roots to mix it with a kind of rock-pop driven composition, which sometimes moves on the edge of indie-pop. The songs have been accomplished with great electronic arrangements and a harmony between guitar and electronics. A few tracks are a bit minimal-sounding as well (cf. “Immerzu”), which is a serious contrast with the more indie-inspired “One By One”-song.

A noticeable guest-singer is Ronny Moorings (Clan Of Xymox) who contributed to the “Monsters & I”-track. It’s not my favorite cut, but it’s a cool bonus on this album. A few cuts feature female backings and there’s a beautiful duo running through “Spear Of Destiny”.

+ + + : The Arch are miles away from some of their early 80s hit, but this album definitely reveals an accomplished production carried by dark melodies and a taste of melancholia. There’s a great balance between guitar and electronics. It’s an open-minded production with a good-old new-wave flavor hanging over the songs.

– – – : Even if I really like the “Spear Of Destiny”-song, this album is missing a few more highlights and especially a ‘hit’ which could bring The Arch back to the top.

Conclusion: “Fates” is a beautiful and rather accomplished work, which I’m sure, will fully satisfy the fans of the band. The band is still haunted by some of its early music demons although it’s a work in progress, which is not emulating the 80s spirit.