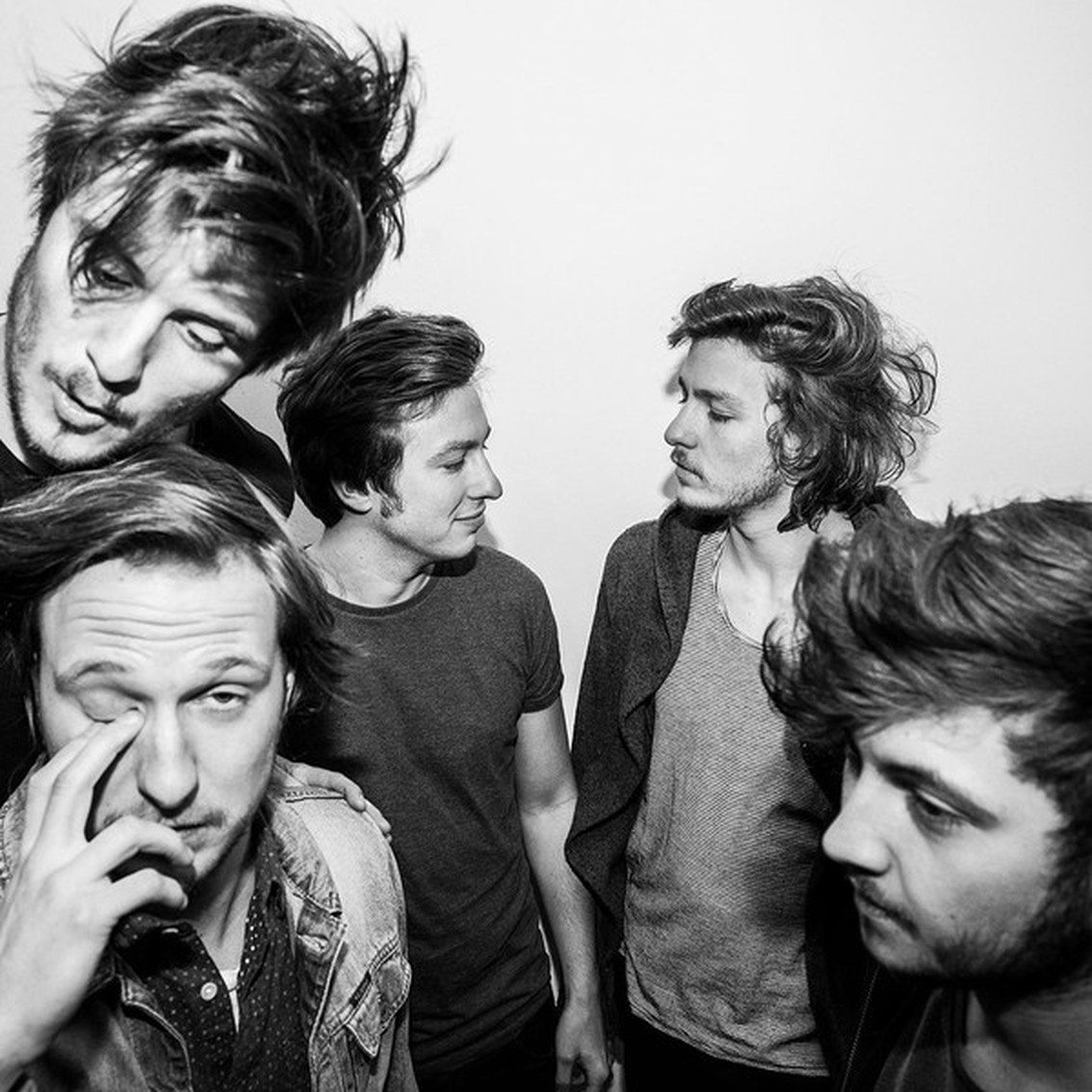 This is the first article outside Holland and Flanders (Belgium) that talks about the Belgian electropop act Bazart. People who follow our Spotify playlist will know why we added them a few days ago: they offer great electropop music. And for the others, the reason why the name doesn’t ring a bell, it’s because they chose to sing in Dutch only, which works wonderfully we must say.

So here’s an introduction to the non-Dutch speaking world of what will probably become the most successful dutch sung electropop act of all times. In the past years only Arbeid Adelt succeeded to pull this off back in the eighties (although they never had the mass appeal like Bazart has), while several later dutch sung electropop projects from Flancers failed, including for instance the excellent – but completely forgotten – Kolk, a female fronted trip pop project featuring Luc Gulinck, Gerry Vergult, Maud Verlynde.

Bazart was founded by singer Mathieu Terryn and singer/guitarist Simon Nuytten. They debuted with their self released EP “Meer Dan Ooit” in 2012 before being signed to PIAS, through which they released the eponymously titled EP “Bazart” in 2015. That EP was followed by the download singles “Tunnels” and “Goud” in 2015 (“Goud” being the band’s biggest hit so far) and “Chaos” earlier this year (this time on the Pias powered Debonair label). Note that “Chaos” is a re-recorded shorter version of the one which was released on the band’s debut EP a few years earlier. You can download all these releases (except for the debut EP) right here.

Check the videos below to see what you are missing out on:

And this is the band’s one-hour long show live at the Ancienne Belgique in Brussels on 13 May 2016.

Since you’re here … … we have a small favour to ask. More people are reading Side-Line Magazine than ever but advertising revenues across the media are falling fast. And unlike many news organisations, we haven’t put up a paywall – we want to keep our journalism as open as we can. So you can see why we need to ask for your help. Side-Line’s independent journalism takes a lot of time, money and hard work to produce. But we do it because we want to push the artists we like and who are equally fighting to survive. If everyone who reads our reporting, who likes it, helps fund it, our future would be much more secure. For as little as 5 US$, you can support Side-Line Magazine – and it only takes a minute. Thank you. The donations are safely powered by Paypal.
Tags: Bazart, Daan Schepers, Mathieu Terryn, Oliver Symons, Pias, Robbe Vekeman, Simon Nuytten, Snuttock