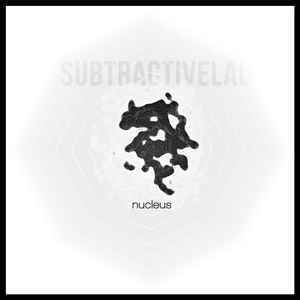 Background/Info: For more than 10 years now, Stephan Hummel (aka SubatractiveLAD) is releasing music like hell. After numerous productions released on n5MD, Hummel started to release his work on his own. “Nucleus” is his newest release featuring 14 compositions.

Content: I already heard a few releases of SubatractiveLAD and each time again I got fascinated by the ambient approach reminding pioneers like Jean-Michel Jarre, Tangerine Dream, but also Kraftwerk. There’s a similar fascination for synthesizer music and the creation of wafting and somewhat astral-minded atmospheres.

“Nucleus” holds on the good-old basics of Stephan Hummel, which are once more revealing great analogue sound treatments. It creates a solid and fundamental basis, which has been accomplished by more contemporary element moving into IDM. The work becomes complex, sophisticated and intelligent. The evasive passages still create a beautiful soundtrack impression.

+ + + : I haven’t heard all SubatractiveLAD-releases, but “Nucleus” definitely is my favorite one. There’s a great twist between the different influences, but more especially a successful fusion between old analogue synth music and modern IDM. The result reveals a few outstanding pieces.

– – – : I can imagine die-hard fans of the aforementioned pioneers will consider SubatractiveLAD as a pale copy of the Masters. The comparison is maybe too explicit although there’s nothing wrong with that.

Conclusion: “Nucleus” sounds like the sonic hybrid between Jean-Michel Jarre, Kraftwerk and IDM.