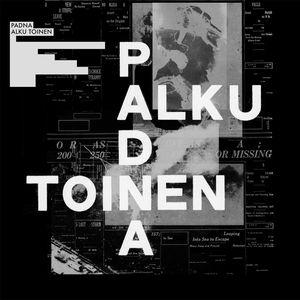 Content: Padna is not exactly the most familiar name active at the wider fields of experimental music. Based in Brooklyn this artist (Nat Hawks) has already released several productions in a rather short lapse of time. The work of Padna has been released by different labels while this is the first experience on Aagoo Records.
The main aim of Padna is to compose ‘sad music with all manner of tool’. I can’t really affirm that “Alku Toinen” sounds sad but rather more like wafting. There’s a solid ambient touch running through the work although it rapidly sounds pretty abstract and experimental as well. There’s a kind of cinematographic appeal that is joined by experimental treatments. The compositions have been accomplished by numerous details and effects while it all looks like field recordings (or a similar procedure) have been used as well.

The first part of the album moves on different paths, but things get more interesting from “Threatening Weather” on. It remains quite experimental, but there’s an intriguing cinematographic style throughout the song. Some of the sounds remind me a bit of music of the 60s and 70s.

“Pinao” coming up next sounds as a funny anagram for ‘piano’, the song featuring some piano passages while globally speaking it all appears to be quite visual-like. The final cut “China” is not exactly the most original title for a song mixing Chinese chants and I presume a simultaneous English translation. The idea is original while the concept is pure experimentalism.

Conclusion: There are multiple ideas and influences running through this work, which will mainly appeal to lovers of experimental music.