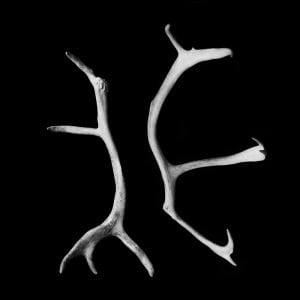 Background/Info: This is the first significant release of Otzepenevshiye in 11 years. Set up in 2006 by Russian artists Evgeniy Voronovskiy (Cisfinitum), Dmitriy Zubov (Hypnoz, Zuboff Sex Shop) and Ivan Napreenko (Sal Solaris, 016) the project is now driven by Ivan Napreenko and Arnold_pR (Reutoff, Myrrman). The second disc of the album features tracks that were originally composed with Circle Of Unexisted and Vir’. It was originally released on cassette format (NEN Records) and here features some bonus cuts.

Content: Otzepenevshiye reminds me of early The Swans. There’s a similar industrial guitar play mixed with bombastic drums/drones. The sound atmosphere is pretty dark and even anguishing. Industrial- and epic sounds are resonating while the guitar play sometimes feels like an obscure ritual play.

Most of the cuts are instrumentals, but you’ll notice a few spoken vocals and/or samplings. The tracks are still featuring field recordings reinforcing the industrial format of the work.

+ + + : This kind of industrial-guitar work mixed with drones is not new, but not exactly the most common industrial format. I like this heavy bombast, which often reminds me to early Swans –which is more than simply a reference for this kind of industrial work. Next to the guitar play the work also features industrial arrangements and heavy bombast. It all together creates a damned freaky sensation, which especially excels at the last songs from the 2nd disc. The vocals here added something extra totally achieving the album.

– – – : I would have liked to get more tracks with some vocals/samplings. It creates extra diversity while the sound formula now sounds a bit repetitive and predictable after a while.

Conclusion: This is an interesting industrial format reminding us that this kind of music style is much more than hard power-electronics composed by electronic gear. Otzepenevshiye sounds more primitive, but still more authentic!