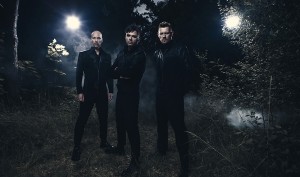 (via DJ Wildhoney) The German industrial-metal band OOMPH! announces that their new album will be called “XXV”, referring to 25 years performing live on stage. The new cd, already their 12th album so far, will contain 14 tracks and will be released on 31 July 2015 via Airforce1 Records. It has been produced by OOMPH! and co-produced by Subway To Sally drummer Simon Michael.

Some of the new “XXV” songs will be performed live for the very first time at the Wacken Open Air Festival (Germany). The new album can be ordered right here