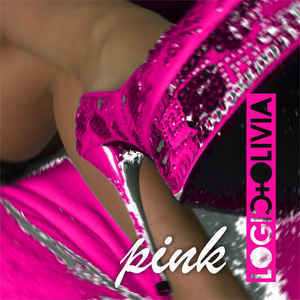 Background/Info: Logic & Olivia is a German trio active since 1999. After having released 2 albums on Danse Macabre they now have joined Infacted Recordings to unleash their latest opus.

Content: I honestly didn’t have this band in mind and so “Pink” sounded a bit like a re-discovery. From the very first notes you’ll notice a solid electro-pop sound featuring some melancholia. Some songs are accomplished with bombast and rather classic piano arrangements. Some guitar playing can be heard as well, but globally speaking it remains first of all an electronic formation.

The last part of the album features a few noticeable songs, which might appeal to Depeche Mode lovers. The last song is a cool ‘dance remix’, which is the right song to conquer dance floors.

+ + + : Logic & Olivia clearly tries to compose a very own pop interpretation based upon electronics and reinforced with guitar and some bombastic intrusions. The best tracks can be heard in the last part of the album. Some tracks are not as original although more efficient and I especially refer to “Where Our Home Is”. If you like melancholic pop music you’ll also like “Because Of Your Smile” while DJ’s will be more interested by the remix of “History”.

– – – : Despite a few cool tracks, I’ve found less harmony between melody lines and the songwriting. It for sure is an easy listening album, but without a real climax. The best cuts come at the end so you’ll have to be patient.

Conclusion: “Pink” a cool and easy to remember title, but unfortunately the album can’t totally convince me. I’m missing a real spirit and only a few cuts could convince me there’s more in this band than what they’ve shown thus far.

Best songs: “Where Our Home Is”, “Because Of Your Smile”, “History – Past Dance Remix”.