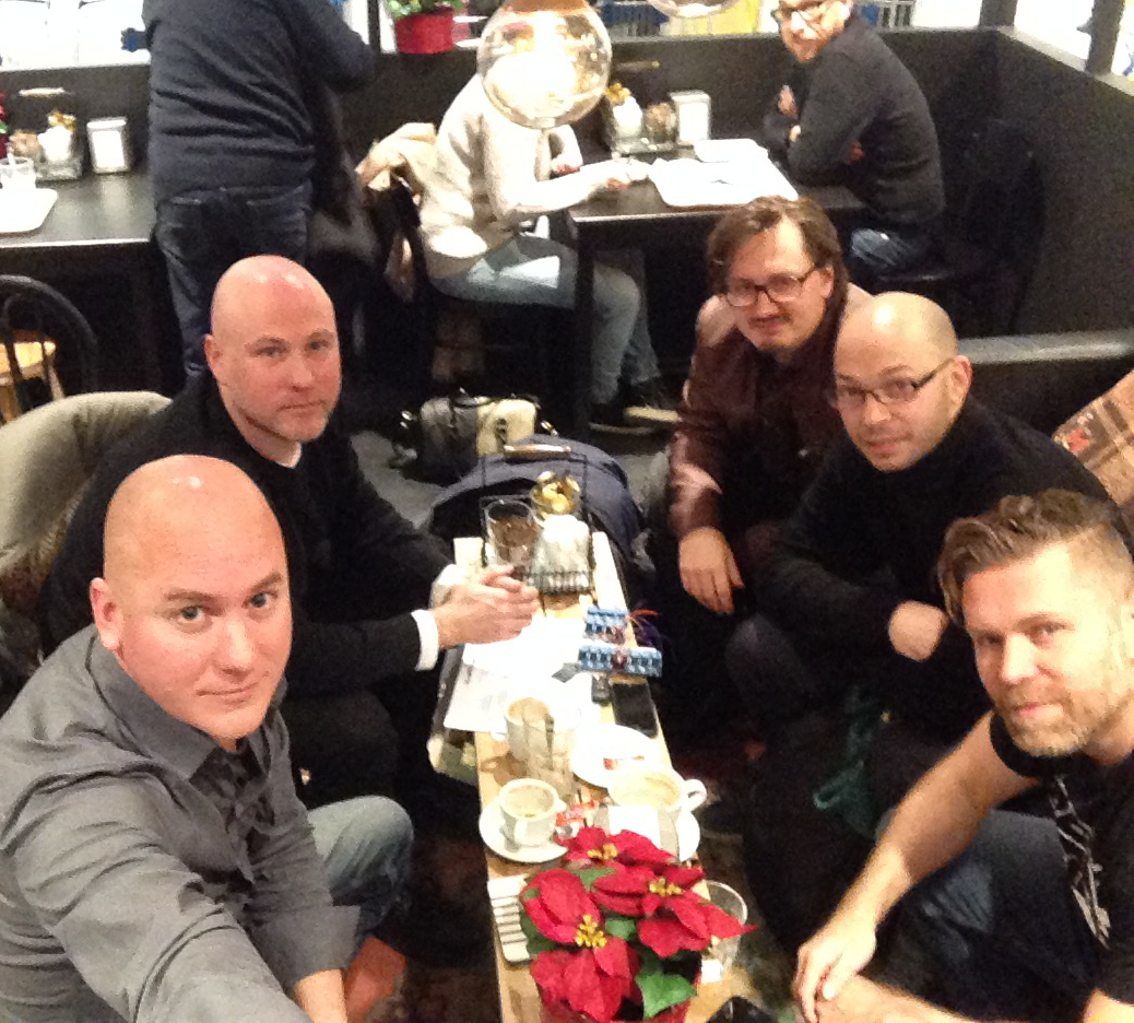 This morning IKEA Ghent (Belgium) was the place to be for bands wanting to know something more on the future of the music business and how to make the best of it. More precisely, the Belgian electronic music label Alfa Matrix was presenting a workshop at IKEA to the musicians behind the bands Llumen, ELM, Psy’Aviah and Mildreda (Diskonnekted), respectively Pieter Coussement, Peter Elm, Yves Schelpe and Jan Dewulf. For the label it’s the first time it has organised a joined workshop with other bands inside Belgium, but it surely won’t be the last.

SL: First of all, you also work as an online marketeer during your daytime job?

B: Yes, I’m the online marketeer for a major seed company (number 5 in the world) for whom I develop the social media strategy, and in that role I have been giving several trainings regarding social media tricks in Belgium and in the Netherlands, but also regarding CRM since one doesn’t go without the other. For those who don’t know, CRM stands for customer relationship management and is an approach to managing a company’s interaction with current and potential future customers. We then analyse this data to improve business relationships with customers. But that’s another story.

SL: Why did Alfa Matrix decide to do this workshop?

B: This is not the first time we do this, in the past I have organised a couple of such workshops with Alfa Matrix bands but then more face to face, so one band at the time. I did several in Belgium, in Scandinavia and in Greece (where I had sessions with Siva Six and Virgins O.R. Pigeons).

But the idea to get a few bands together only started a year or 2 ago when I had a very interesting networking diner in Oslo (Norway) where several of the Alfa Matrix bands were joined by such people as John Fryer, Paul Kendall and the Electro Spectre duo. You immediately could sense there was an energy that you don’t often see. 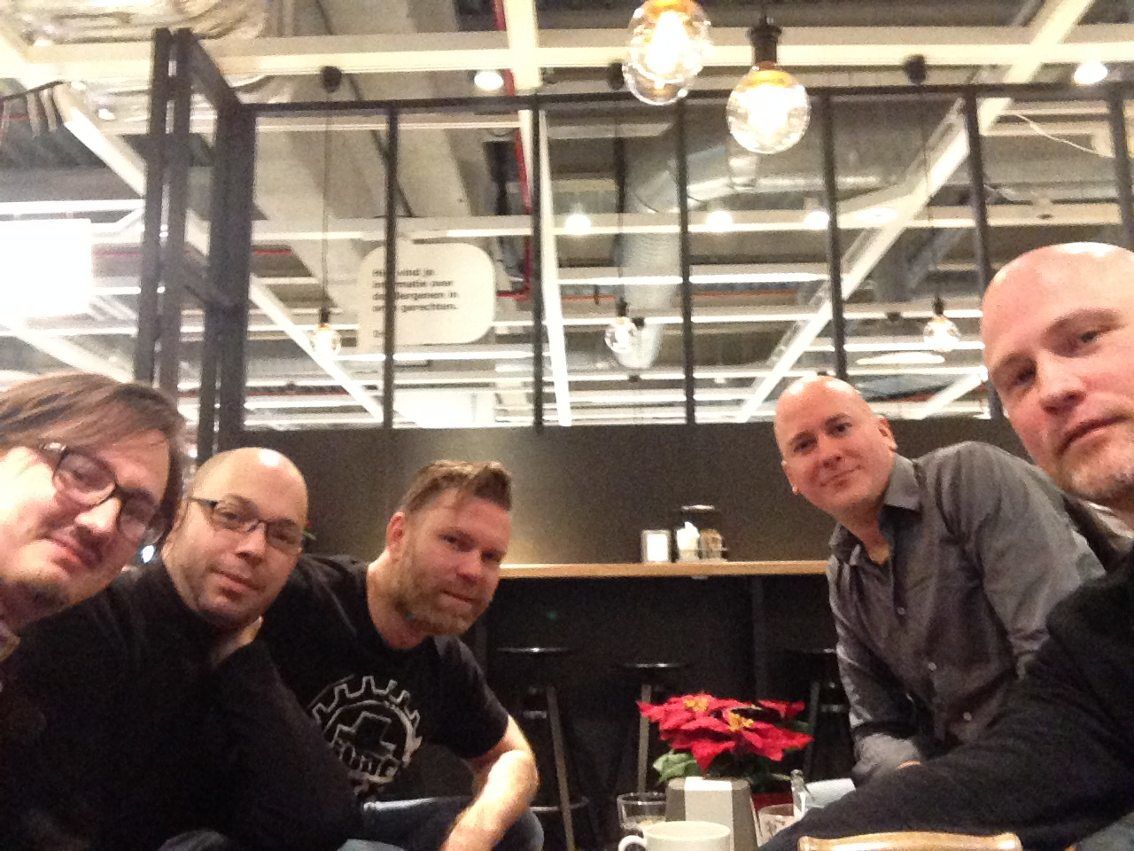 I also know that there is a need for bands to discuss about the topics we talked about today such as marketing, communication and an insight on how the algorithms work for such companies as Spotify, Apple Music and so on.

Anyhow, when I was at an intimate event at the Club 52 here in Belgium a few weeks ago, I talked with the people behind Llumen, Psy’Aviah and Mildreda who were playing there and suggested them a joined workshop in the near future. They all agreed, so a few days later we decided upon a precise date, a location and I prepped the workshop itself. In the meantime I had invited a few other bands over too, so that’s how Peter (ELM) also joined us, the others will be joining me during a future workshop that fits their agenda.

I also plan a few of these workshops outside Belgium with the next one being in Oslo where Kant Kino, Essence Of Mind and a few other acts will be joining.

SL: What was the purpose of this meeting?

B: It’s always good to meet the artists from time to time, so that is already a good plus. But the main purpose of the workshop is to help the participating bands with their communication, their online presence, and explain them a few things which the general public and most bands are not aware of (because often their label doesn’t know either). Today for instance I presented them my future vision on the (online) press and club scene.

B: That’s classified, but it’s safe to say that my vision is quite radical. Back in the days (let’s say 10 years ago) people told me I was mad to start investing in digital distribution at such a fast pace. 10 years late I’m not so mad anymore so it seems, at least what that aspect is considered :). You have to know that I talk a lot with people from inside the business (digital distributors, major promo companies, …) to know the ins and outs of what happens and what is going to happen. I also have a few trusted people from within the scene (distributors, musicians such as Yves Schelpe, other label owners) with whom I discuss quite often about what directions the music industry might take. From that input and my own knowledge and intuition I distill a vision for Alfa Matrix which I then share with my 2 other colleagues in the label.

SL: How did you come up with the idea to do this workshop at IKEA?

B: I’m an IKEA addict basically… :). Ghent is in the centre of the Belgian cities where our bands come from, so it was kinda logical to choose this city as the central place. And since it isn’t the first time I do meetings at IKEA, it kinda was logical to keep it here. Plenty of coffee and plenty of space, I only asked the bands to be here at 10 AM so we were sure to have the space we wanted.

SL: What came out of this workshop?

B: Well, besides the content of my presentation which gave these bands a nice insight in how the business works these days, there were also a few new and exiting things that have come out of our interaction, which we hope to materialise soon. Add to this that a few really nice surprises appeared which opened opportunities. I personally strongly believe in the 1+1=3 setting if you have people sit together who are all very driven by the desire to learn. That was the case here.

SL: Do you plan to publish this guide on the net?

B: No, nice try though! This presentation and its explanation is strictly restricted to the bands signed to Alfa Matrix and is not for external distribution. In the past I have worked for labels on consultancy basis giving them ‘intel’ on a few things, but that’s only because they contracted me for this. Since I’m now only busy with Alfa Matrix, it will remain for the Alfa Matrix eyes only :).

SL: Can we expect some more of these workshops taking place in Belgium?

B: Sure, we plan one in Brussels as well in the near future, probably at IKEA Zaventem :). Next we also plan one in the Netherlands and in Mexico where we also have a few bands under contract.