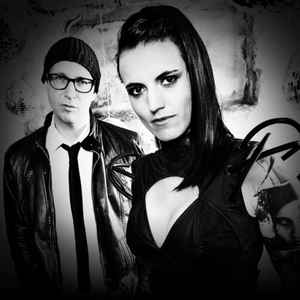 Background/Info: Junksista Duo Diana S. and Boog are back on track and have unleashed their fourth full length album in five years. A few artists such as LayZee (Mr. President), Noemi Aurora (Helalyn Flowers), Emke (Black Nail Cabaret) and Erlend Eilersten (Essence Of Mind) have been invited on a few songs with guest vocals.

Content: The first (and regular) disc features 12 new cuts revealing the particular electro-pop approach Junksista has always deal with. It’s an pop format sometimes mixed with minimalistic elements, but also moving on the edge of indie music. Junksista is also in for some experiments such as Monster” featuring rap vocals by LayZee.

+ + + : Junksista has gained their success and reputation because they have their own style, which often was linked to punk meeting pop music. This new opus is less punk-like, but still revealing a proper sound DNA. It’s a well-crafted composition moving in between minimalism and even experimentalism at one side and indie-music at the other side. There are great sound treatments featured on this work, but I especially like the menacing bass lines from “Love Makes People Stupid”. I also like the duo vocals featuring Diana S. and Noemi on “Celebration Fornication”. Among the remixes I especially recommend the work accomplished by Psy’Aviah, Metroland and Space March.

– – – : Junksista remains a very particular experience in sound, but I regret they’ve lost a bit of their original naughty and punkish sound. This work sounds ‘softer’ while I personally prefer their darker and harder work from the early years.

Conclusion: Far away from the classical electro-pop standards and clearly sounding like a solid antidote to the numerous Depeche Mode clones, “Promiscuous Tendencies” is a shocking title for an intriguing band although this new work is not my favorite one!

Since you’re here … … we have a small favour to ask. More people are reading Side-Line Magazine than ever but advertising revenues across the media are falling fast. And unlike many news organisations, we haven’t put up a paywall – we want to keep our journalism as open as we can. So you can see why we need to ask for your help. Side-Line’s independent journalism takes a lot of time, money and hard work to produce. But we do it because we want to push the artists we like and who are equally fighting to survive. If everyone who reads our reporting, who likes it, helps fund it, our future would be much more secure. For as little as 5 US$, you can support Side-Line Magazine – and it only takes a minute. Thank you. The donations are safely powered by Paypal.
Tags: Boog, Junksista, Metroland, Technolorgy, XmH