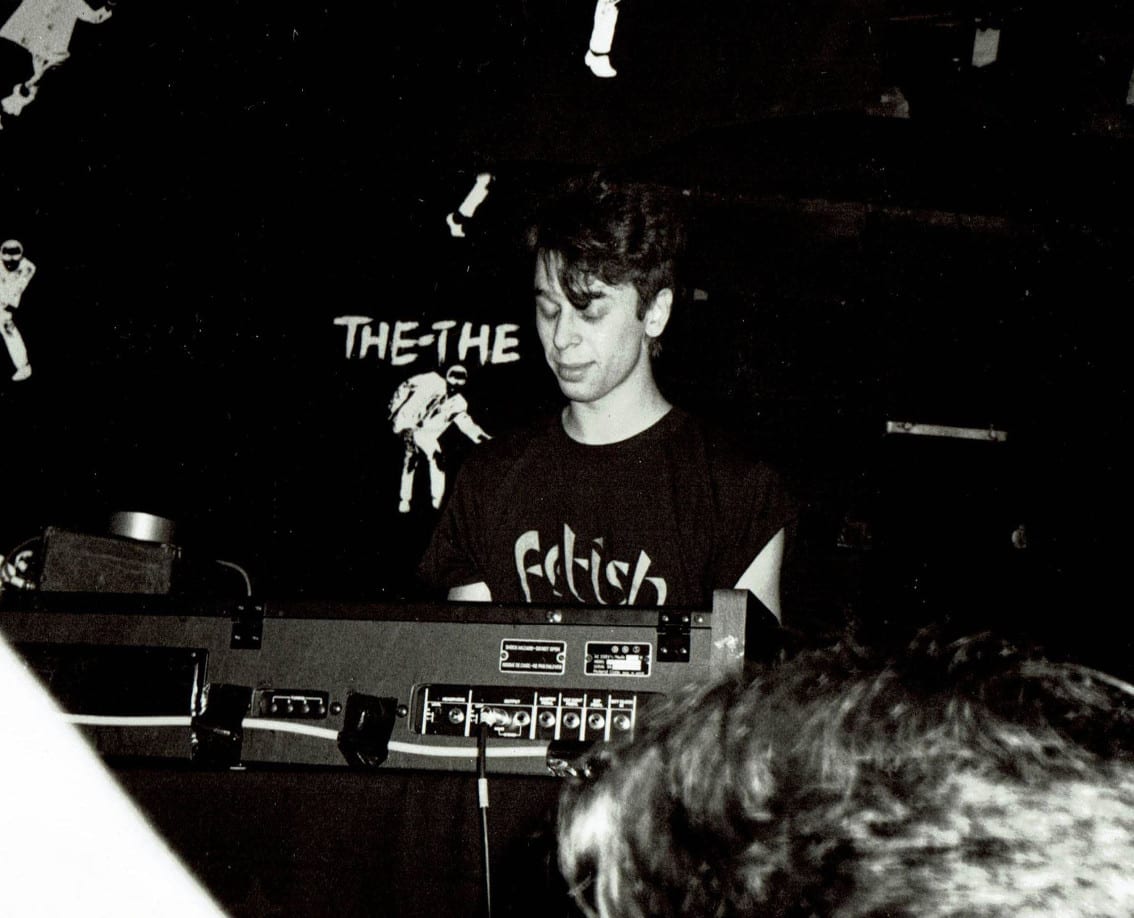 A few days ago Jean-Marc Lederman – the man who worked with numerous bands including Fad Gadget, Gene Loves Jezebel, The Weathermen, Front 242, Julianne Regan, Jacques Duvall and Alain Bashung – posted the above picture about him playing with The The. We asked Jean-Marc how that happened.

SL: How did Jean-Marc Lederman end up with The The at The The Marquee gigs in 1982?

JM: The year was 1982 and I was living in London, tired of the belgian music scene. I had moved there shortly after my service in the Belgian Army, gee talk about a waste of time (do you see me as good proctection against the Russians ? Case closed).

Matt had heard my EP “Statistics Mean Nothing When On The Wrong Plane” and he reached out to me through a mutual friend. He told me about the residencey gigs The The had planned 4 thurdays in a row at the Marquee, the legendary London club.

So, I went to a rehearsal and it was real anarchy: everybody banging on petrol tanks à la Einsturzende Neubauten. Jim Thirlwell was there, Zeke Manyaka was playing the drums and Thomas Leer was playing some synths. We both had a Roland Jupiter 4 so we ended up using his. I remember telling them to stop banging the drums and start working the songs…

SL: And how did the gigs itself go?

The gigs were well announced and The The was quite the talk in London so the place was really packed. I was very nervous, I hate playing live as this is definitively not one of my strong points, and waiting backstage was tense. We had a set cut in several parts with some guests. I was starting the show, we all head to wear balaclavas and an early version of “Giant” was the first song, if I recall correctly . Marc Almond was a guest on the first concert, and so was Richard Kirk from Cabaret Voltaire (or was it Malinder ? It’s so long ago…).

We had more or less the same set for the 4 thursday residency shows and it was a bit strange to have to come back to the same place but it was quite common in the UK for bands to have a serie of shows week in week out at the time apparently.

SL: So all in all, how would you describe it?

JM: A great experience. Next week, I’ll tell you how and when Matt and Johnny Marr beat me at soccer-table but I won a Depeche Mode silver disc in the process (laughs).

Tags: Jean-Marc Lederman, Roland, The The