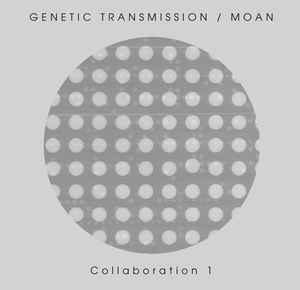 Background/Info: Polish label Zoharum is re-editing ‘old’ records. They started re-releasing work from the Polish experimental/industrial project Genetic Transmission and are now going back to this collaboration with Moan released in 2003. Both artists are Polish and the concept consists to accomplish tracks with sounds and ideas provided by the other artist. Three cuts have been composed by Genetic Transmission while the two tracks left have been achieved by Moan.

Content: We’re clearly entering a world of experimentalism, sonic minimalism and dark atmospheres. It sounds a bit like a sonic puzzle accomplished with numerous field recordings and all kinds of noises. From scratching sounds towards crack noises “Collaboration 1” appears to be a weird sonic cabaret.

+ + + : This collaboration reveals the essence of experimental music, which consists of creating sounds and noises by all kind of (often hand crafted) instruments. I got the impression walking throughout a gallery of noises, which I especially like for their industrial touch. It’s a diversified piece of music with some visual passages. From a very personal point of view I prefer both cuts by Moan.

– – – : Experimental music often remains less accessible and that’s for sure because it’s hard to seize the goal and concept. I have to admit this is a kind of ‘extreme’ sonic sensation, which can’t captivate me from start to end.

Conclusion: This music makes me think to a movie where I never will find the plot, but that’s also what makes some movies and especially directors such as David Lynch great and unique…