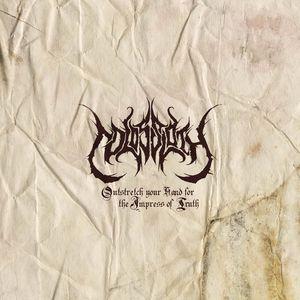 Background/Info: Cold Spring Records has signed this Leicester based solo-project set up by Wooly Woolaston. A few earlier productions were already released, but I can imagine joining the prestigious Cold Spring roster will a serious step forward for Colossloth.

Content: The sound of Colossloth is not that easy to define. The work clearly sounds inspired by heavy industrial blasts mixed with experimentalism and abstract-music passages. The sound is a kind of sterile space filled with numerous and diversified noises. It sounds like the mix between sampled noise sources and eventually field recordings.

The collection of noises to create new inputs appears to be one of the main preoccupations, which resulted in a rather diverse work. Nothing is weird enough to experiment with sounds. From guitar to classic piano passages and from a few lost spoken words to iron noises this album is an impressive platform of sonic jewelry, which always joins an ultimate dark atmosphere throughout the entire album with its dense and obscure texture.

Conclusion: This album feels like you are listening to a sonic catalogue of different, but related music genres, which will appeal for lovers of industrial and experimental music.

Best songs: “The Flavour Of the Weak”, “The Nameless Saint”.