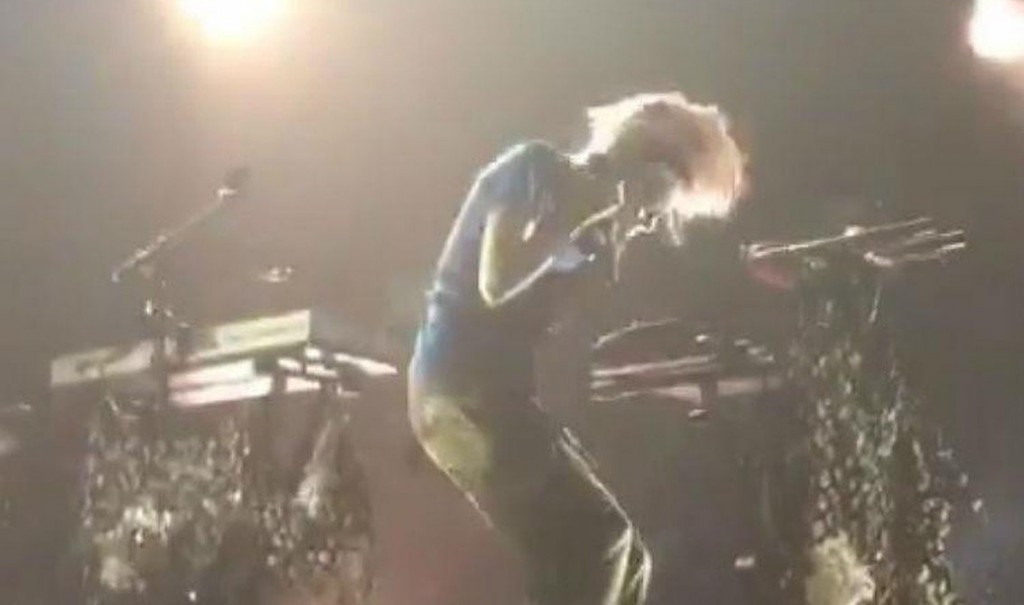 Grimes aka Claire Elise Boucher played a headlining show Tuesday night at the Olympia Theatre in Dublin, Ireland. The performance was interrupted several times citing a malfunctioning pedal as the problem which electrocuted the synth-pop star several times during the performance.

The mishap happened mid-way through the chorus of “Butterfly”. Footage of the set ended up on YouTube, here’s the sequence where things went seriously wrong: