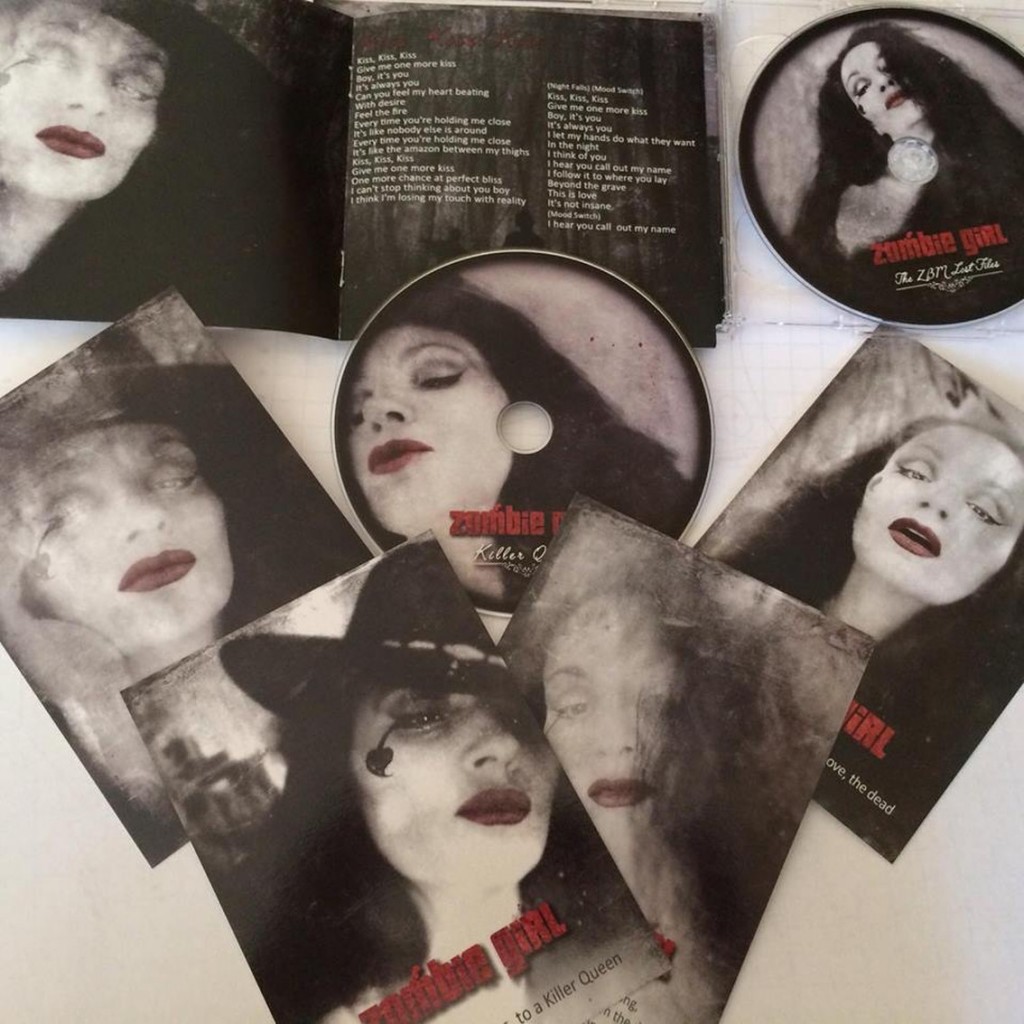 Zombie Girl is back for good. We already got served a first teaser with the “Panic Attack” download EP (download it here), and this week the new full length album “Killer Queen” was released (and immediately shot to the number 1 place in the label’s digital sales on Bandcamp).

The new album was produced & engineered by the renowned duo team of Kurt Maas & Dave Rave Ogilvie and boosted by the mastering by Lawrie Bayldon (Studio-X). Besides her own material, Zombie Girl also brings cover versions of Berlin’s classic “Pleasure Victim” and The Cure’s “Fascination Street”.

Next to the regular album, there is also a deluxe 2CD carton box edition with a bonus disc including an exclusive collaboration with Helalyn Flowers (and guest backing vocals by n0emi) and remix work by such different sounding artists as Psy’Aviah, Acylum, Simon Carter, Venal Flesh, Llumen, Pax Sono, Avarice In Audio, Eexxee, Cardinal Noire, Black Nail Cabaret, Shades:Of:Hell, Complex Mind, Diffuzion and so on.

Listen to the new album on Bandcamp.