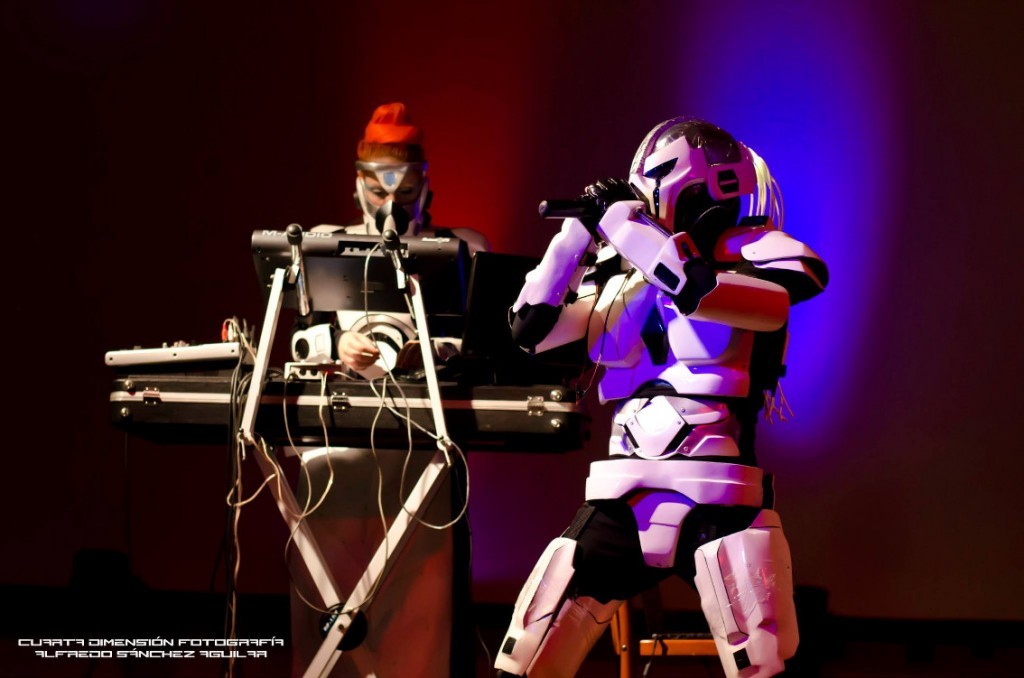 (Photo by Alfredo Sanchez Aguil) The new album of the Colombian Sub-Zero cartel of Psyborg Corp. is being re-released on November 13th. The latest work of these guys was the “The Frozen Shrines of Obsÿdÿana” CD which was released Black Rain / Noitekk label in 2014. Now in cooperation with Insane Records the digital deluxe edition is being released.

Besides the songs you already know, it includes several remixes and the new version of “Within My Winter” with guest vocals by Karen Castiblanco. The remixes were delivered by Thornsectide, Exemia, Resistor and Aliennation.

You will be able to buy the album on all leading digital shops: iTunes, Amazon, Google Play, Spotify, Bandcamp and also on the official website of Insane Records.

Since you’re here … … we have a small favour to ask. More people are reading Side-Line Magazine than ever but advertising revenues across the media are falling fast. And unlike many news organisations, we haven’t put up a paywall – we want to keep our journalism as open as we can. So you can see why we need to ask for your help. Side-Line’s independent journalism takes a lot of time, money and hard work to produce. But we do it because we want to push the artists we like and who are equally fighting to survive. If everyone who reads our reporting, who likes it, helps fund it, our future would be much more secure. For as little as 5 US$, you can support Side-Line Magazine – and it only takes a minute. Thank you. The donations are safely powered by Paypal.
Tags: Psyborg Corp.