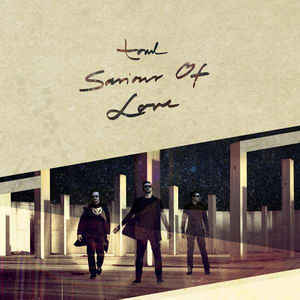 Background/Info: Jan Jenko left the band in the beginning of 2016 the band successfully “reset” with their new face and voice “Maj.”

Content: Since Infacted picked-up Torul in 2011 the wider electro-pop community got more familiar with this Slovenian formation, which was already active for numerous years. The band has a nose for fine and catchy electro-pop music with this little extra, which sometimes reminds me of Tiga.

2016 will be for sure an important year for Torul. They’ll soon unleash their new album “R=set”, which clearly sounds inspired from an important change in the line-up. Singer Jan Jenko left the band in the beginning of the year so the band ‘reset’ and strikes back with a new singer ‘Maj’. This EP is the first release featuring the new vocalist.

Content: Replacing a great singer is not an easy thing and Torul really had a great vocalist. But the least I can say is that Maj did a noticeable performance on this EP. “Saviour Of Love” is a rather ‘typical’ Torul song, which mixes evasive electro parts with a lazy, but sexy danceable cadence. The song also features great sound manipulations resulting in astonishing blasts. On top of it all you get the phenomenal and hot timbre voice of Maj. This guy has an amazing voice, which sounds warm, sexy, mysterious and fully captivating.

The EP also features an exclusive EP song, which is a real cool and surprising cover version of “A Night Like This”. The original Cure song has been transposed into a beautiful and wafting space-pop anthem again featuring terrific vocals.

The EP features 3 remixes of the title song. The “Extended”-version is the most noticeable one and is carried by an impressive sound production, which definitely makes the trademark of Torul.

+ + + : “Saviour Of Love” is already a great new song and potential hit for Torul. The band has this unique way of creating electro-pop music with something extra or maybe different from the rest. It feels a bit lounge-like although still ultra-pop minded and danceable. The biggest challenged for sure was to discover the new singer and the least I can say is that I’m totally in awe of the man’s voice. He brings the song into a transcendental dimension. The Cure-cover also is a remarkable and creative exposure of this band’s potential.

– – – : I expected a bit more out of the remixes, which don’t add a real bonus to the EP except the “Extended”-version.

Conclusion: The ‘reset’ procedure of Torul has taking off in a brilliant way. If you replace a great singer by another one who’s maybe even better you don’t have any reason to complain.