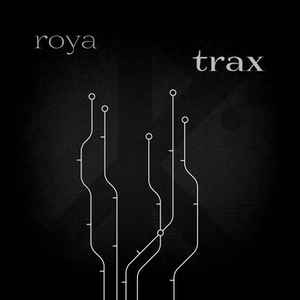 Background/Info: Roya is an American female solo-project with Iranian roots and  based in Stockholm. After having released a digital single Roya has now unleashed her first self-released EP featuring 5 tracks. It’s quite interesting to know this artist was previously involved in guitar bands while she’s now dealing with electronics.

Content: The work takes off with haunting electronics, slow rhythmic and spooky vocals. I might say it’s a bit the trademark of Roya, which is into minimal electronics supported by dark, haunting atmospheres. The half-spoken and somewhat whispering vocals reinforce this obscure format moving towards a kind of dark-pop style.

+ + + : “Trax” reveals a creative process striving for a very own sound identity. I like the global dark atmosphere hanging over the songs, which is complementary with the spooky vocals of the artist. The songs progressively evolve and reach their darkest point at the final song.

– – – : The sound formula is efficient, but a little bit repetitive after a while. If Roya wants to release an album she maybe needs a bit more elaboration in the songwriting.

Conclusion: “Trax” is a DIY-release revealing an interesting artist who has developed a very own sound DNA. Roya is a band to keep an eye on!