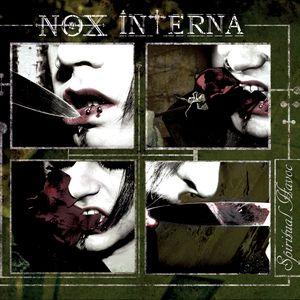 Content: Nox Interna is back on track unleashing their newest opus featuring 13 songs. This German-Spanish formation strikes back 4 years after their previous full length (cf. “Seeds Of Disdain”).

The sound and influences didn’t really change, Nox Interna reveals a solid goth-rock sound alternated with some dark-rock elements. The guitar injects a huge dose of testosterone to the work while the electronic arrangements feel more like the cement that totally accomplishes the work. The guitar parts move in between rock- and metal music, but always remain rude and merciless. “The Rotten Wings Of Truth” stands for the most alluring song in the genre.

The electronics reinforce the dark mood of the compositions, which mainly comes through on songs like “Parasites” and “Ague De Vida”. The last mentioned song is one of the 2 songs sung in the singer’s Mother tongue. I personally prefer the English language instead of Spanish.

There for sure is a song that you’ll recognize. I’m referring to the rather cool cover version of “Rebel Yell” originally written by B. Idol. I’m not saying that Nox Interna sounds like B. Idol, but the influences and mixture in sound is quite recognizable.

Conclusion: “Spiritual Havoc” is not bad at all although not ground breaking. Nox Interna is one of those bands with a real strong (yet classical) image, but with a rather average sound.