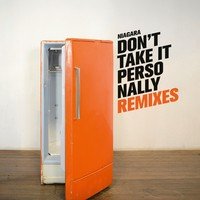 Background/Info: Niagara is an Italian duo consisting of David Tomat and Gabriele Ottino. Their project is mainly inspired by experimental electronic formats. The title of this album speaks for itself, consisting of exposing their album “Don’t Take It Personally” to the remixing skills of other artists.

Content: This release features 18 remixes. Nine from the ten original songs were remixed by a real diverse list of bands. Niagara asked bands from different horizons to remix and sometimes rework the original version.

Niagara accomplished one remix as well, which also is the starter of the album. From the first part I’ll keep in mind the somewhat experimental-lounge remix of “Currybox” by Acid Pauli and the “Fat Kaoss”-remix by Bienoise, which reminds me a bit of the intriguing ambiance of the “Twin Peaks”-series.

The second part opens with a great and IDM driven remix of “Popeye” by Merchants. I also recommend the sweet and dreamy like “John Barrett” remixed by Sun Of North and the minimal electro orientated remix of “Currybox” by Perdurabo”.

↑↑↑: The diversity of the remixes creates a diversified and eclectic album.

Conclusion: This is the kind of album that will mainly interest the biggest fans of the band although it reveals a nice cocktail of remixes.