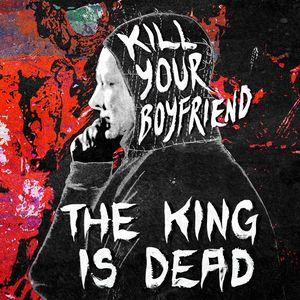 Background/Info: Kill your Boyfriend was set up by Matteo Scarpa and Antonio Angeli. After having self-released a few productions they joined Shyrec to unleash their official debut work.

Content: Kill Your Boyfriend sounds like meeting your first love after a hiatus of 30 years. I got the impression of going back in time and awaking somewhere in the 80s. This duo deals with many influences, revisiting multiple genres like shoegaze, dark-wave, garage-rock and post-punk.

I especially like some of typical mewing guitar parts, which are that typical for the 80s new-wave and post-punk period. The work remains pretty dark, but always driven by good-old influences. I personally prefer their somewhat shoegaze exposure featured at “Charles” and the punkish format of “Rudolph”.

↓↓↓: I like the genre, but I’m missing some more consistent cuts. Kill Your Boyfriend alternates a few great songs with a majority of less accomplished tracks.

Conclusion: I can’t say that I was totally in the grip of this album, but I’m persisting to say that there are a few cool cuts on it. I expect more from this band in the future.