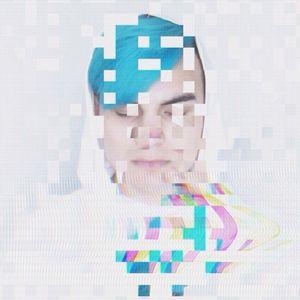 Content: Forrest Avery Carney aka Mr.Kitty is a real phenomenon in electro-pop land although he’s not really the most famous artist in the genre and especially in Europe. It however is an artist I instantly liked and supported because of his own sound and carrying songs.

This artist has released an impressive number of productions in a rather short lapse of time –mainly self-released digital stuff, but the albums “Life” and the last year released “Time” revealed the talent for electro-pop music of this musician.

I was wondering what the new work would bring and I first was a bit surprised to only get 10 new songs while previous CDs had an impressive number of songs on the tracklists. But in the end it’s not about quantity, but just to get cool and enjoyable songs.

The sound formula of Mr.Kitty is quite simple, but ultra efficient. It all sounds like this artist doesn’t really have an entire arsenal of equipment to write his songs. There’s not much diversity in sounds and arrangements and yet there’s a real touch of magic emerging from the compositions. I think there’s no better example of a contemporary electro-pop artist who makes simple, but efficient music.

The secret of “Fragments” can be found in the dreamy synthesizer parts, which are often recovered by a flavor of vintage electronics. The choruses have this extra catchy and still evasive touch, which will make you dream away. It totally matches with the somewhat transcendental yet sorrow-like timbre of voice of Forrest Avery Carney. He’s a very specific voice that you’ll easily keep in mind. But another part of the secret formula of Mr.Kitty lays in some of the more danceable cuts like “I Lost You” and “In Your Blood”.

The songs have been accomplished with subtle bleeps adding a touch of mystery to the global work, while still holding onto a delicate aspect. “Entwine” –which was released as digital single before, is one of these typical songs in the genre and with a vintage touch reminding me of Kraftwerk. I also have to mention “Shangai” for its somewhat elevating passages.

There’s a real strong aspect of reverie running through this work, which comes more through compared to the previous album. The last cuts are holding on to this wafting sensation however it becomes darker. I here especially want to recommend “Flowers For Boys”.

Conclusion: “Fragments” sounds like dream-pop to dance to. It confirms the potential of this artist although I have to admit I preferred the previous album. I’m convinced that a bit more diversity in the sound bank that has been used thus far would really enlarge the fan basis of Mr.Kitty.