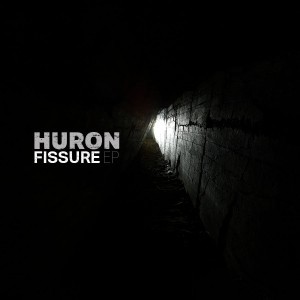 Background/Info: Behind the Berliner based Huron is hiding Steffen Schröder. The artist passion started long time ago while he now can look back at an impressive list of digital releases, which have been mainly released at his own label Crazy Language.

“Fissure” is his first release on Mindtrick Records, which will bring you four outstanding tracks.

Content: The sound universe of Huron clearly finds its inspiration in the realms of electronic intelligence. Schröder belongs to this selected list of sound manipulators and genius artists. The tracks lead the listener to visit fascinating and fully accomplished IDM fields. The sound is characterized by broken rhythms, dark background atmospheres and subtle arrangements.

It’s a rather icy universe touched by a somewhat intriguing ambiance while constantly animated by pure sound excellence. This is an artist who’s clearly devoted to sound creation and who doesn’t satisfy himself by using standard patterns. “Fissure” is a brilliant sound experiment accomplished by many little details and some exciting parts featuring a few spoken words lost in an imaginary sonic space.

+ + + : The creativity and sound diversity appears to be the main strength of this EP, but still feeling like a touch of magic. This is electronic music from a higher level. It’s also great to get an EP featuring 4 different songs.

– – – : It’s just a pity we only get 4 songs so I’m really looking forward to discover a new full length.

Conclusion: Huron belongs to the best part of IDM and has its place at a great and visionary label like Mindtrick Records!