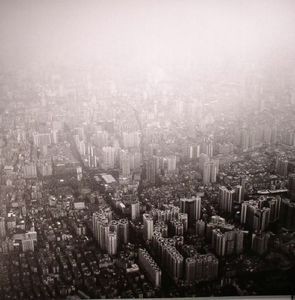 Background/Info: Behind Shapednoise is hiding Nino Pedone who’s an Italian artist based in Berlin. He’s one of the owners of Repitch Recordings and Violet Poison while he already released a considerable number of productions. “Different Selves” is his 3rd full length and the 1st ever released by Type Recordings.

Content: Shapednoise invites the listener to join an experimental universe where industrial influences are the foreplay to real noise experiments. It’s a dark and tormenting experience in sound, which is carried by a very impressive production process.

Shapednoise is not dealing with the usual industrial format, which sounds raw and unpolished like an ‘art brut’-creation, but reveals a sophisticated approach of noise. The more you enter the obscure universe of this work the more it becomes extreme and noise-like.
Notice by the way that the opening track features Justin K.

+ + + : “Different Selves” reveals an intelligent approach in the creation of industrial & noise music. There’s a phenomenal and professional production behind this work.

– – – : Shapednoise is not exactly the most accessible project in the genre and especially the B-side of the disc reveals a more extreme sound.

Conclusion: This album has the power to reach pure industrial- & noise lovers, but still freaks of sound creation and sonic manipulations. In the end it all remains a particular recording, which is not very accessible for a wider audience.