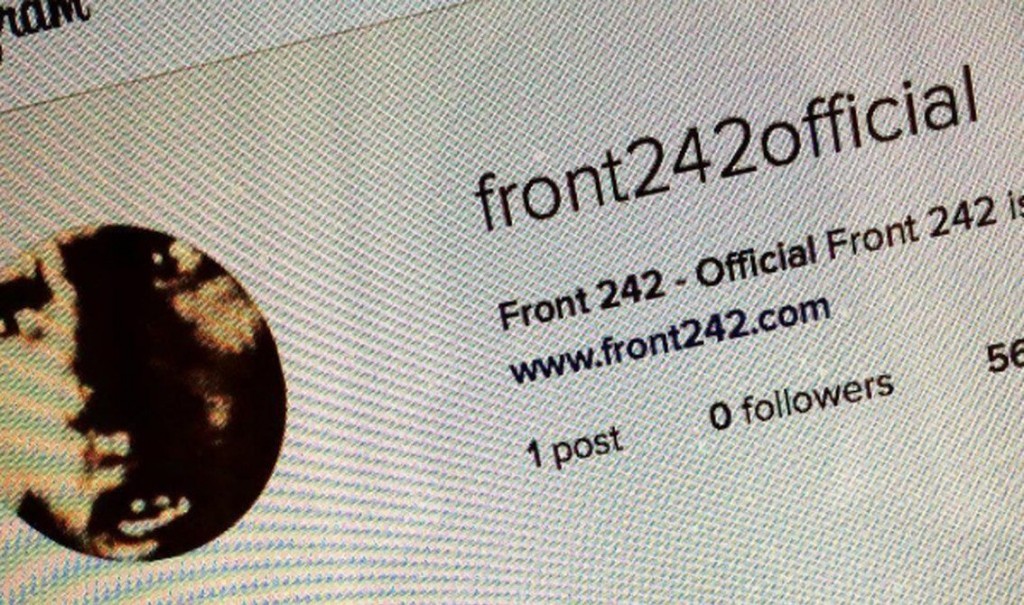 So far 4 pictures were posted including one sent by a fan, so it seems like it that they will be using exclusive fan pictures too, which makes it very interesting. Let’s see if a proper shot of the upcoming vinyl re-releases of “Pulse” will also arrive, including the mega deluxe fanbox (available here in pre-order) holding a live recording of 1989, a cult year for every Front 242 fan.

In other news, Alfa Matrix, the label of the band, has drastically lowered its shipping costs and has also partially refunded hundreds of orders placed for the Front 242 releases in the past few weeks. The unexpected refund came after the label secured a better deal with a new shipping partner, and instead of just keeping the money of the pre-orders already placed, they have now refunded the difference. Ain’t that a nice gesture!

Here’s an example of a picture posted.

Since you’re here … … we have a small favour to ask. More people are reading Side-Line Magazine than ever but advertising revenues across the media are falling fast. And unlike many news organisations, we haven’t put up a paywall – we want to keep our journalism as open as we can. So you can see why we need to ask for your help. Side-Line’s independent journalism takes a lot of time, money and hard work to produce. But we do it because we want to push the artists we like and who are equally fighting to survive. If everyone who reads our reporting, who likes it, helps fund it, our future would be much more secure. For as little as 5 US$, you can support Side-Line Magazine – and it only takes a minute. Thank you. The donations are safely powered by Paypal.
Tags: Alfa Matrix, Front 242