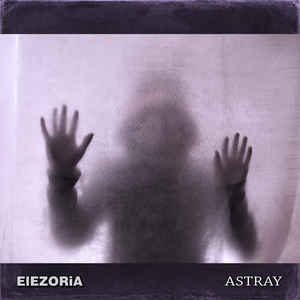 Background/Info: Set up in 2008 by Dmitry Nordman, Russian project Elezoria was originally meant to deal with gothic- and related music genres. Throughout the years the band explored other music paths, leading then to compose electro-pop music. “Astray” is the official debut album by Elezoria.

Content: Elezoria clearly deals with electro-pop music, which however is accentuated by darker- and melancholic passages. It creates a wafting sensation. Another important and maybe main element of the work is the particular timbre of voice of the singer. He sings in a sensual way, but his voice is characterized by sadness and often reminds me of Adrian Hates (Diary Of Dreams). You can feel the pain and despair emerging from the vocals, which perfectly fits with the melancholia of the music.

Dmitry Nordman is taking care of all aspects of the production although he invited a female guest singer for one of the songs, which reflects the same degree of melancholia.

+ + + : I already talked about the vocals, but they definitely are very important in the global production process creating a real emotive touch to the songs. At the other side the way of singing also has something sensual. The melancholia of the music and Dmitry’s way of singing create a nice and complementary aspect. The songs are well-crafted and revealing numerous little details in the arrangements. “Astray” also reveals dry, danceable kicks, which makes that the songs never fall down in monotony.

– – – : The tracks however sound a bit similar. The sound approach is quite interesting and creating a great match with the vocals, but there is less diversity while no real potential club songs.

Conclusion: “Astra” is not a traditional electro-pop work and yet it features familiar pop ingredients. The main strength of this album is the way it all has been worked out and the emotive content that comes through.