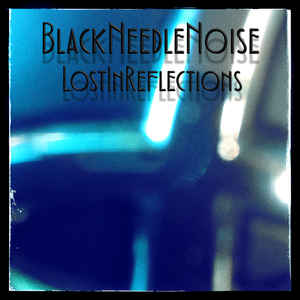 Background/Info: Black Needle Noise has been introduced as ‘music for the movies you haven’t dream of yet…’ It first of all is the music project set up by John Fryer who gained an international reputation as producer for legendary artists such as Fad Gadget, Depeche Mode, Clan Of Xymox, NIN, Cocteau Twins, This Mortal Coil ao. From time to time John Fryer also like to compose his own songs under the Black Needle Noise moniker.

The sonic universe of Fryer is clearly reflecting his passion for electronic sound creation. It sounds pretty pop-minded with a sensual touch on top because of the great singers. But the artists also like to create- and manipulate sounds and noises. It injects an experimental element to the songs, but also sounds minimal-like.
+ + + : What you expect from a sound producer is that he deals with a very own vision in sound and that’s precisely what comes through when discovering this album. John Fryer deals with pop, but composes his songs with industrial-like sounds. It creates a delicious contrast with the mainly female and sensual vocals. But the song featuring Bill Leeb (still released as EP title track) is also worthy of examination as it’s pretty hard to recognize Leeb singing in a different and still a bit sensual way as well. The singers have been chosen for their exceptional skills. Singers and music together create a styled sonic osmosis resulting in a few outstanding pieces such as “Teeth To Grey” featuring Omniflux, “Warning Sign” featuring Kendra Frost, “She Stands On A Storm” featuring Andrea Kerr and “Breathless Speechless” featuring Sivert Hoyem (reminding me of Nick Cave).

– – – : It’s not that easy to define the music of John Fryer. Even if I think that’s rather positive it’s not the most accessible pop releases and not the kind of songs you’ll directly keep in mind and sing along.

Conclusion: John Fryer accomplished an album filled with reverie, which also is an intimate composition featuring talented vocalists. But it mainly reveals a creative electro-pop process from one of the cult producers from the 4AD label roster.

Best songs: “Teeth To Grey”, “Warning Sign”, “She Stands On A Storm”, “Breathless Speechless”, “A Shiver Of Want”.