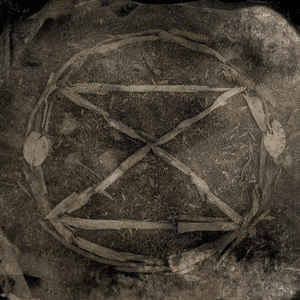 Background/Info: Common Eider, King Eider is an American collective featuring members of different projects. Bees, Blaine Todd, Andrew Weathers, Andee Connors and Vicky Fong are back on track for a new sonic voyage and their first one released on Cold Spring.

Content: “Extinction” is a fully accomplished piece of music where elements of dark-ambient empowered by epic arrangements are some of the first noticeable elements. The trip progressively enters into haunted corridors of sound. It’s a bombastic work created by heavy drum sections and quite progressively joining ritual fields.

The work is mysterious and the cinematographic feeling reminds me of some legendary passages of Kubrick’s “Eyes Wide Shut”. Metallic sounds and icy, vitriolic atmospheres hang over the work until apocalyptic guitar playing brings us back into a nightmarish reality. The ritual exposure progressively gets back to the surface leaving the listener in a stupor.

+ + + : This opus perfectly mixes multiple influences into a solid and overwhelming ambient creation. I like the heavy epic blasts and bombastic drum sections while the ritual part of the album is the most exciting one.

– – – : There’s no real minus point, but I would have enjoyed an even more explicit ritual element, which I’m sure this collective is able to create.

Conclusion: There are some mysteries it might be better to never discover, but once you’ve heard this album you’d rapidly become addicted to its magical power. “Extinction” sounds like a dark- and secret rite than has been reactivated for the pleasure of dark-ambient and ritual music lovers.