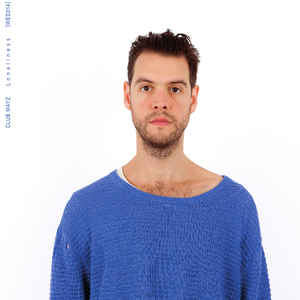 Background/Info: Matthias Yzebaert is a Belgian artist active under the Club Mayz moniker. After a debut album (cf. “The Void”) released in 2015 on cassette format he now is back on track unleashing a new opus on CD.

Content: It’s hard to define the music genre of this artist, but he clearly avoids copying any other musician. Club Mayz will for sure appeal for electro lovers and especially those who are into 80s minimalism and electro-wave music. But “Loneliness” is much more than this and adds his own touch to the work.

+ + + : “Loneliness” rapidly appears to be a sonic challenge. It’s not the most accessible music, but it stands for a creative musician in search of refreshing ideas. Club Mayz doesn’t innovate, but simply uses ‘old’ and successful influences adapted into a contemporary format. I like the vintage electronics and there is also impressive guitar playing running through “Come With Me”. Most of the songs are instrumental versions, but a few cuts feature somewhat whispering-like vocals. There’s a great and somewhat forgotten electro-wave spirit running through this work I really like.

– – – : It however remains something pretty minimal, experimental and not accessible for a wider audience. That’s maybe the reason why this interesting artist will probably remain in the shadow of less talented bands, which are nothing more than copyists.

Conclusion: “Loneliness” is a great sonic bridge between distant times (80s) and more contemporary experimental music. It sounds abstract and yet driven by good-old electro-wave music.

Best songs: “Come With Me”, “Solipsist Debauchery”, “Alone And Unafraid”.