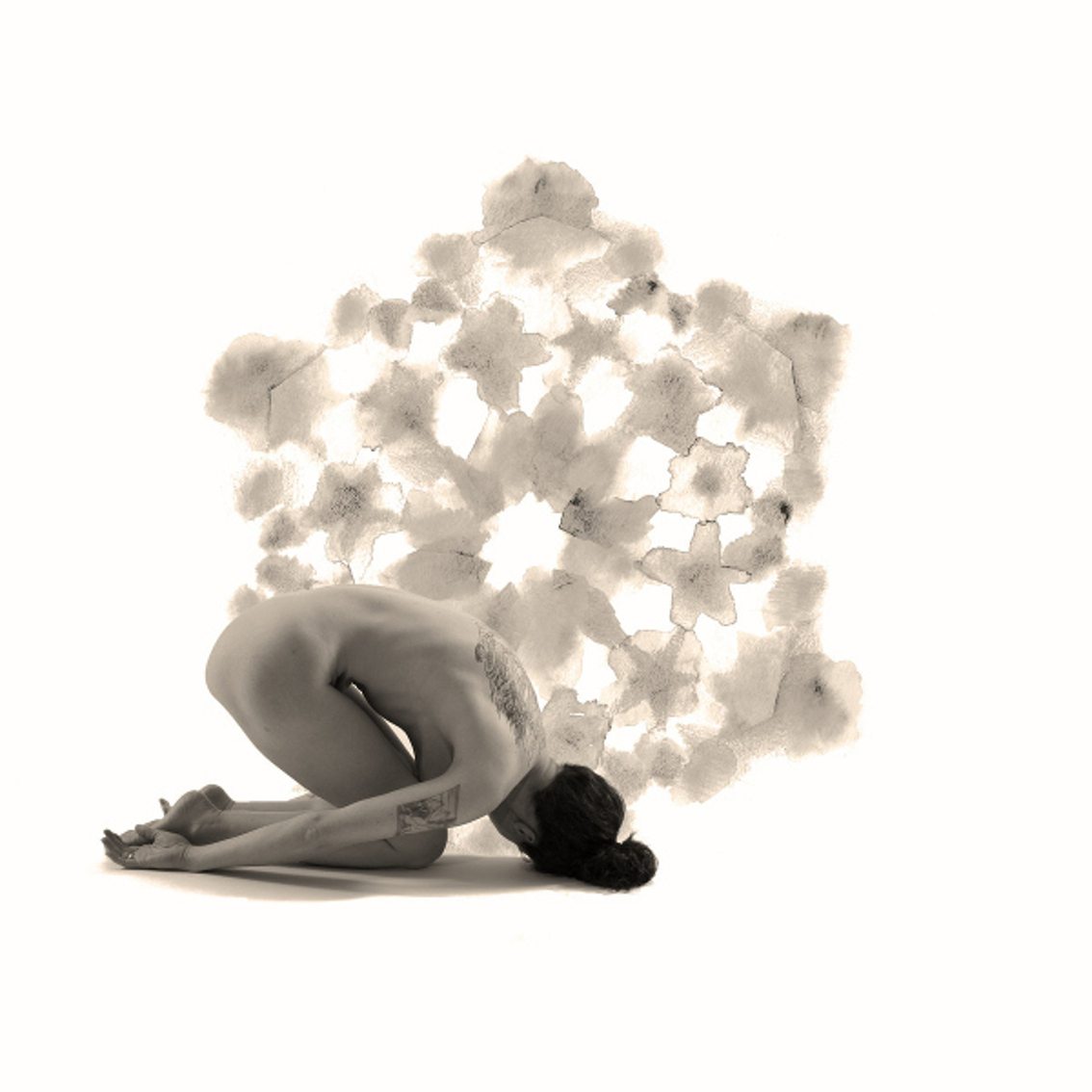 Out in a few days is the newest album in vinyl format by Larkin Grimm: “Chasing the illusion“. This new studio effort is the follow-up to 2013’s “Soul Retrieval”.

Larkin Grimm is an American singer-songwriter and musician born in Memphis, Tennessee and is somewhat an odd duck in the music scene as she was born into a religious order called Holy Order of MANS. Since 2005 she has been recording material which you can best define as being part of the folk, psychedelic folk, experimental music scene. She never lost touch with her uprbinging as her material holds a lot of spiritual elements.

Here’s what she says about the (splendid) album(cover): “In my spiritual practice, when a student is ready to humble themselves and transform, they strip naked and prostrate themselves at the feet of their teacher. This gesture of humility and openness is extended to you, the listener, as I kneel before you on the cover of this album.”

The new album “Chasing the illusion” can be ordered right here on vinyl.

Since you’re here … … we have a small favour to ask. More people are reading Side-Line Magazine than ever but advertising revenues across the media are falling fast. And unlike many news organisations, we haven’t put up a paywall – we want to keep our journalism as open as we can. So you can see why we need to ask for your help. Side-Line’s independent journalism takes a lot of time, money and hard work to produce. But we do it because we want to push the artists we like and who are equally fighting to survive. If everyone who reads our reporting, who likes it, helps fund it, our future would be much more secure. For as little as 5 US$, you can support Side-Line Magazine – and it only takes a minute. Thank you. The donations are safely powered by Paypal.
Tags: Larkin Grimm