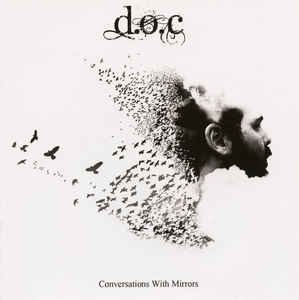 Background/Info: British formation Descendants Of Cain (D.O.C.) strikes back with their first album in 6 years. Driven by their frontman and singer DM Kruger D.O.C. has already been active since the 90s, but don’t exactly release new stuff on regular basis.

Content: D.O.C. is not exactly a band I’ve kept in mind. The sound is clearly inspired by elements of gothic- and rock music. The opening song reminds me a bit of the legendary “House Of The Rising Sun” from The Animals. The work progressively evolved towards symphonic arrangements at one side and more sensitive pieces at the other. The tracks progressively build up, sometimes reaching an apotheosis and often accomplished with fine arrangements. It could be piano sounds and then fine electronic bleeps. The vocals are passionate and diversified, which perfectly matches with the global production.

+ + + : I truly like the diversity of this work, which never becomes pure gothic-like, but simply a mixture between different influences. The debut songs are quite remarkable and I have a preference for the great progression running throughout “Lost In The Woods”. The electronic sounds on top of the songs are absolutely great and adding this little extra a song needs to be accomplished. The sensitive flavor hanging over “Unbreakable” is another attention grabber. D.O.C. also moves into a more soundtrack approach at “Defiance”.

– – – : “Conversations with Mirrors” is an easy listening piece of music –because of its diversity, but I didn’t find an absolute hit song among the tracklist. That’s maybe why you’re going to enjoy the listening, but maybe rapidly forget what you’ve heard.

Conclusion: We can’t speak about a real comeback from D.O.C., but this album might be an opportunity for young music lovers to discover a band that doesn’t really belong to an established music genre, but simply experiments with elements of gothic and rock music.