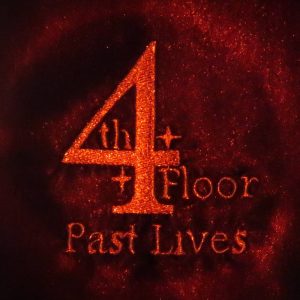 Background/Info: Set up by Andrew Tomlinson (composer, songwriter, guitar and programming) and joined by female singer Louise Duffy-Howard the duo is back on track with a second full length album.

Content: The sound and influences of 4ourth4loor are clearly inspired by electro-pop standards, which also remind me a bit to new-wave/pop music. The songs are characterized by the sweet and yet charismatic vocals of Louise Duffy-Howard. Her way of singing sometimes reminds me of Elena Alice Fossi (Kirlian Camera, Spectra Paris). She definitely adds a sensual touch in the work while the lyrical content of the work clearly deals about love.

+ + + : Even if the band can be easily defined as electro-pop like they clearly deal with a unique format so in the end it’s not that easy to describe the sound of 4ourth4loor. That’s an aspect I rather like! The band definitely has an own style of music characterized by singer’s particular timbre of voice. It’s an easy listening opus featuring a few beautiful songs, but I especially recommend “Velvet Heart”.

– – – : I definitely like the singer although a few songs reveal a more hesitant performance. “Past Lives” is a sweet and gentle, easy listening album on, which I’m missing a climax.