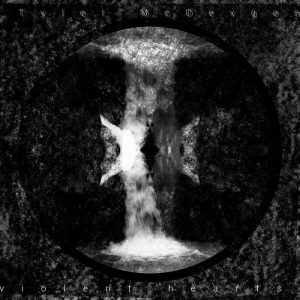 Background/Info: Behind Tyler McDevgon is hiding Hand In Waves member Felix F. Both projects have been promoted by X-Beats (label of Jan L aka Noisuf-X, X-Fusion, Stoppenberg). “Violent Heart” is the debut EP by Tyler McDevgon, which was already released a few months ago.

Content: I quickly understood why X-Beats is promoting this new band. The influences running through “Violent Heart” are pretty similar to Noisuf-X. Carrying EBM bass lines and techno-rave sound waves have been mixed together with pitched vocals on top. This EP sounds a bit as the offspring between Noisuf-X and Brooklyn Bounce.

+ + + : Even if the sound clearly reminds Noisuf-X is also sounds different and more personal by the addition of the pitched vocals. This project clearly builds a sonic bridge between solid EBM bass lines and typical rave music. There’re a few great leads running through this production, but especially the one from “Sikkk” is really phenomenal.

– – – : “Violent Heart” appears to be a solid basis revealing a new and promising name (just as Wave In head), but some elements of the production clearly has to be elaborated while an extra little boost of power would be great as well.

Conclusion: Tyler McDevgon has been promoted by one of the greatest sound-guru’s of contemporary electro-industrial music (Jan L) and that’s a damned good reason to keep an eye on this new project, which clearly reveals to have a strong potential.