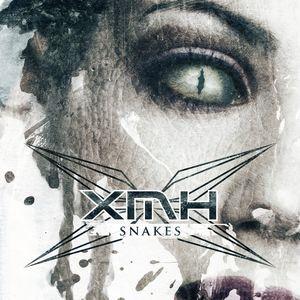 Content: This is the 3rd EP taken from the last year released album “In Your Face” by XmH. “Snakes” reveal the “Album Version” of the song plus 4 remixes and 2 more remixed songs.

“Snakes” was not exactly my favorite song on the album although it’s a fully enjoyable and danceable cut featuring the main ingredients “In Your Face” has been made of. This is a powerful and dark future-pop driven composition, which appears to be a kind of pass key to dancefloors.

Among remixes of the title song I especially want to fix your attention to the remix of Benjamin’s Plague, which is revealing great electronic skills accentuating the song with some cool sequences and extra bleeps. XmH’s new-signed label mates of Venal Flesh did a fantastic job as well. I also have to mention the hard and pumping remix by K-Bereit revealing extra female backing vocals.

Among the two other remixes song I have to tip the remix of “Forever” by ‘old’ Belgian servants of The Arch. I expected a bit more out of the remix of “The Business” (one of my favorite songs of the album) by Betamorphose.

Conclusion: “Snakes” is not exactly my favorite EP taken from the “In Your Face”-album, but it’s a way to rediscover some songs of this opus a different way. Time now for new work!