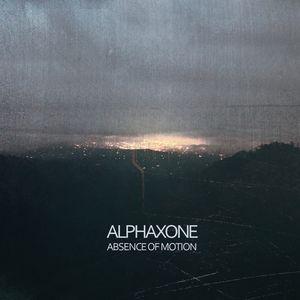 Content: Iranian composer Mehdi Saleh remains inspired and creative, composing his 2nd full length in less than one year. I was really wondering, which kind of new ambient voyage he now had accomplished and especially after his brilliant previous work “Altered Dimensions”.

Globally speaking the new work sounds more into reverie and even a kind of prosperity. The work remains supported by a dark and sometimes obscure atmosphere, but Aphaxone also seems to enter the more common universe of ambient music.

The opening cuts clearly reveal this ‘softer’ approach, but still confirm the great production skills of this artist. Alphaxone takes care to reach an ultimate state of sound production, which creates something extra. “Appearance” is a noticeable cut mixing the cinematographic format of this work with a kind of dark prosperity. It’s not that typically dark-ambient like, but rather floating ambient music with a dark layer on top.

The work however moves quite progressively towards familiar darker corners creating a kind of imaginary apocalyptic vision fully accomplished with some subtle electronic treatments. “Long Eternity” is a fascinating experience confirming the entire talent of Alphaxone. This cut is followed by another overwhelming piece entitled “Space Continuum”. We’re now joining the most obscure and freaky sound part of the work, which is accentuated by low sound waves and some extra manipulated noises.

“Absence Of Motion” more and more becomes pure ghost-music. The sound progression carried by buzzing noise waves and the fusion of multiple noises are leading the visitor into a weird antechamber between dreams and nightmares. There still is this kind of initial prosperity, but now merged together with chilling passages. The final cut reveals a more experimental format, which was more present on the previous album. I have to admit to have a little preference for the “Altered Dimensions”-work.

Conclusion: Mehdi Saleh remains a prolific musician characterized by an endless creativity transposed into an overwhelming and accomplished final result.