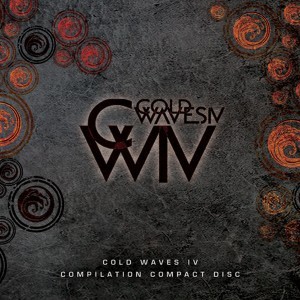 Coming out at the end of October is the official “Cold Waves IV” festival CD compilation. The compilation features 15 tracks – 8 of which are exclusive to this compilation, including exclusive tracks and remixes from Pop Will Eat Itself, Lead Into Gold, Front Line Assembly, Cocksure, High-Functioning Flesh (remixed by Covenant) and more.

Other artists that appear include Severed Heads, Godflesh, Author & Punisher, and Prurient. The CD is limited to 1,000 copies, but beware – most of these were already sold at the festival, so if you want one, you better order it now.