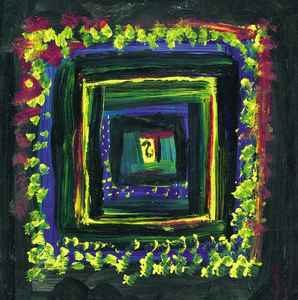 Background/Info:  URUK is the artistic meeting between Massimo Pupillo (who’s also involved with numerous projects) and Thighpaulsandra (who worked with Coil). The album consists of one single and long during cut that will get you in its grip for 38 minutes.

Content: The album is comparable to a dark soundscape or an imaginary dark soundtrack revealing multiple passages, which fluently move from the one in the other. The work takes of a rather dark and dreamy way and is progressively joined by electronic treatments and effects. The sound creates a kind of paranoiac universe. The atmosphere is pretty intriguing while sometimes getting back into reverie. The work has been accomplished by multiple noises, field recordings and electronic effects resulting in a truly sonic puzzle.

+ + + : The dark universe of URUK makes me think to a sonic painting. The atmosphere hanging over the work creates a strong visual effect, which brings the listener to explore imaginary places of his inner self. I’ve been impressed by the truly sonic canvas and endless effects this album is made of. I like the low, vibrating sound waves running through the track. I can’t say that the final part ends in an apotheosis, but the slow progression, which is mainly noticeable after 30 minutes moves to a crescendo reaching a final sonic mayhem.

– – – : The only thing I’m missing on “I Leave A Silver Trail Through Blackness” is a visual aspect. You have to imagine images and/or pictures while this is the kind of music that would reach a higher level when joined live by a real visual creation.

Conclusion: Will URUK remain a one-shot project or should we get further work from this duo? Time will tell, but I hope both artists will consider composing a new release as this album is an interesting exposure from their respective talent.

Best songs: “I Leave A Silver Trail Through Blackness”.