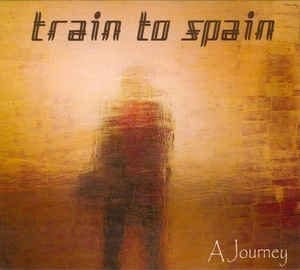 Background/Info: Set up in 2011 by Jonas Rasmusson, Train To Spain saw Helena Wigeborn joining in as the singer in 2013. The Swedish band started to release several EP’s and the debut album “What It’s All about” (2015). They now strike back –again on Sub Culture Records, to unleash their second opus.

Content: The band remains clearly inspired by the golden years of electro-pop. Train To Spain stands for classical electro-pop music, featuring 80s influences with something more dance-pop like. The songs are catchy and carried by melodic choruses. On several songs you can feel the influence of Vince Clark and especially from the Yazoo-period.

The album features 10 songs plus 2 bonus cuts, which were the title songs of previously released EP’s (cf. “Believe In Love” and “Dominant One”).

+ + + : Train To Spain is a great and efficient electro- & retro-pop formation. They don’t innovate at any single moment, but perfectly know the secret to compose efficient and achieved electro-pop. The songs have been accomplished with catchy parts and melodic choruses, but still features right dance vibes. A good electro-pop band also needs a talented singer and that’s precisely what Helena Wigeborn stands for. My personal favorite song is the outstanding and somewhat more melancholic sounding “Pretend We Won”.

– – – : I’ve never been a huge fan of songs ending with a fade-out and that’s precisely the way the first song ends. But that’s just a little element, which doesn’t affect the global production of this work.

Conclusion: Train To Spain brings nothing new, but has the skills to compose efficient and traditional electro-pop music. That’s why I like this album.