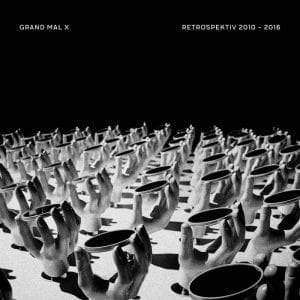 Background/Info: Grand Mal X joined hands together with Ant-Zen and earlier this year released the interesting album “Darkness”. This work brings us back to tracks that were originally released on cassette format in between 2010 and 2016.

Content: This Swedish artist reveals an interesting ‘earlier’ work, which was pretty minimal and yet sophisticated. From experimental groovy passages to pure IDM to electro-minimalism which sometimes reminds me to Sleep Chamber, this work covers a wide canvas of influences. It also sounds like some cuts are into pure improvisation while others are featuring field recordings. The half spoken vocals parts are quite noticeable as well.

+ + + : This album mixes sound intelligence and pure minimalism. It sounds definitely experimental like although quite accessible because of the slow rhythms and vocals. I like the varied influences running through this work while the tracks remain pretty compact.

– – – : I noticed a few forgettable cuts and I especially refer to the more soundtrack-orientated passages of the work.

Conclusion: I think it’s a damned good idea to have selected some ‘old’ cassette tracks to put them on CD. Grand Mal X remains an interesting project you really should have to discover if you don’t know it yet.

Since you’re here … … we have a small favour to ask. More people are reading Side-Line Magazine than ever but advertising revenues across the media are falling fast. And unlike many news organisations, we haven’t put up a paywall – we want to keep our journalism as open as we can. So you can see why we need to ask for your help. Side-Line’s independent journalism takes a lot of time, money and hard work to produce. But we do it because we want to push the artists we like and who are equally fighting to survive. If everyone who reads our reporting, who likes it, helps fund it, our future would be much more secure. For as little as 5 US$, you can support Side-Line Magazine – and it only takes a minute. Thank you. The donations are safely powered by Paypal.
Tags: Grand Mal X