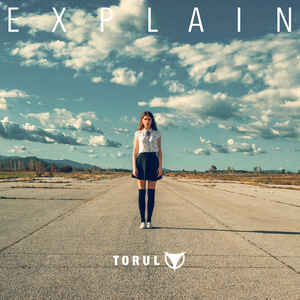 Background/Info: After having released 5 full length albums and an impressive list of EP’s, Slovenian electro-pop formation Torul is back on track with a new song.

Content: “Explain” clearly appears to be a teaser for their next full length. The ingredients haven’t changed that much, Torul remaining inspired and driven by electro-pop music. The title song will maybe appeal for fans of Mesh and that’s maybe a little evolution compared with previous work of this band.

Three remixes/versions have been featured and especially the one by Beborn Beton is a noticeable track.

+ + + : Torul strikes back with a great title song and still featuring certain evolution in sound. There where the earlier work was pretty Tiga inspired, “Explain” has something more ‘British’ reminding me of Mesh and that’s maybe because it sounds more ‘authentic’ and carried by a strong chorus. I also want to mention the perfect balance between music and vocals. We don’t have to forget Torul has a new singer since the last album so it always is a bit tricky when moving on with a new vocalist.

– – – : The remixes bring some diversity although I expected a bit more out of the Beborn Beton remix. It becomes rapidly clear this EP/single is just a teaser to announce the upcoming album.

Conclusion: Torul can already look back on an impressive discography featuring several great songs. “Explain” definitely is one more you can add to the list.