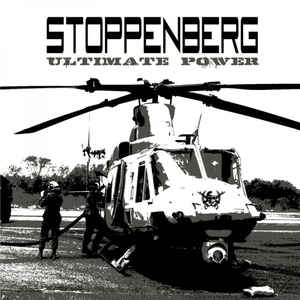 Background/Info: We all Jan Loamfield for his involvement with Noisuf-X and X-Fusion, which both are real successful- and major contemporary formations. But Jan is also involved with Stoppenberg and he now has unleashed the third album from this project inspired by EBM.

Content: Stoppenberg is based upon hard bass sounds, which are mainly EBM-like. But the difference with the familiar EBM standards is that Stoppenberg accomplishes its work by hard techno treatments. I sometimes think that there where Noisuf-X is mixing trance/rave music with industrial elements, Stoppenberg is mixing it with EBM. And just like Noisuf-X there are no real vocals here, but just a few and noticeable sampled parts.

+ + + : This artist confirms to be one of the ‘major’ artists from his generation. Jan Loamfield transformed each of his projects into gold and even if Stoppenberg still sounds as the ‘little brother’ the potential emerging from “Ultimate Power” is simply impressive. The tracks are carried by powerful and overwhelming bass lines while stumping kicks can only, but set dancefloors on fire. And Jan Loamfield has maybe never excels that much into the writing of genius bass lines as on this work. I think we no longer can say this artist is surpassing himself; no he simply is one of the absolute references in contemporary electro-underground music. I consider him together with Seb Komor as the truly geniuses of their time. The sound formula is intelligent and sophisticated while creating a sonic bridge between EBM and dark-techno. This album also features 14 tracks so you really get something back for your money.

– – – : The main challenge when composing this kind of music and using no real vocals is that it sometimes becomes a little bit repetitive and predictable. Don’t get me wrong, this album is definitely the best Stoppenberg release to date, but the magic is a bit gone on the final cuts.

Conclusion: Soldiers aren’t anything without great Generals and music genres are nothing without master artists. Jan Loamfield is already a sonic General for years while Stoppenberg is slowly, but surely becoming his latest secret weapon!