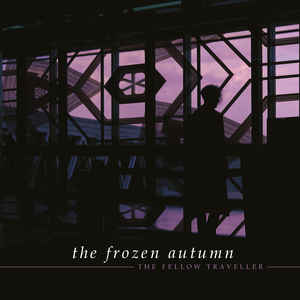 Background/Info: The Frozen Autumn is one of the most famous and world-wide recognized Italian underground band dealing with dark electro-wave. Diego Merletto and Froxeanne are back on track releasing their first new opus since the “Chirality”-album (2011) while their last production was the “Lie In Wait”-EP (2014).

Content: Time doesn’t really affect the sound and influence of The Frozen Autumn. The band is active since the early 90s, but remains inspired by good-old 80s influences, which can be easily linked to some 4AD bands. The songs are supported with melancholia, but I also noticed a few more ‘poppy’ cuts. A few other cuts are more into reverie, getting closer to a cinematographic composition.

Diego and Froxeanne are alternating the songs on which they’re singing. They both have this typical ‘sterile’ timbre of voice, which is once more evoking good-old souvenirs from the new-wave decade.

+ + + : The Frozen Autumn hasn’t changed their successful sound formula and that’s just fine as they remain one of the few bands at the top of this dark and melancholic wave-pop music. The melancholic atmospheres have something evasive and perfectly matching with both protagonists timbre of voice. The song “Grey Metal Wings” is a very efficient track illustrating the writing skills of this band. But the opus also has a few nice surprises such as “Your Touch (Album Version)”, which is a poppy orientated cut carried by a great melody line reminding me of Alpha Ville.

– – – : “The Fellow Traveller” is a fully enjoyable album, but maybe missing one or two cuts, which would get the album immortal. Three from the four songs originally released at their last EP from 2014 have been released as ‘album versions’, which is not that strange, but maybe not the most original part of this work.

Conclusion: It took some time to The Frozen Autumn to achieve a new opus, but the least I can say is that they haven’t lost their initial magic to compose great songs.