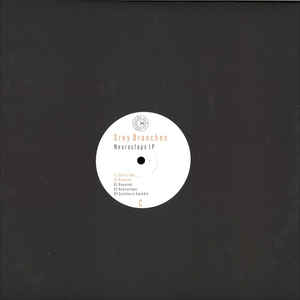 Background/Info: Behind Grey Branches is hiding Belgian producer &  DJ Yves De Mey. He can already look back at an impressive discography although Grey Branches is a project he set up during the past few years. “Neuroclaps” has been released on vinyl format and features 10 tracks.

Content: The work is a fine collection of multiple influences, which are moving from IDM to a kind of abstract techno. In the end it all sounds pretty experimental, but with a real care to create great sound sculptures. It sounds pretty complex, but fascinating and might appeal to lovers of projects such as Samuel Kerridge, Diamond Version and Kangding Ray.

+ + + : “Neuroclaps” is a visionary work, which is bringing different influences together. The work was accomplished by amazing sound treatments and a powerful production. It’s a sophisticated composition featuring deep, resonating sounds and very personal sound effects. The cadence is now driven by broken beats and then by a hard kick.

– – – : The sound formula sometimes appears to be a little predictable, but you don’t hear me complaining. The experimental and avant-garde approach will be probably the main difficulties to catch the attention of a wider audience.

Conclusion: Grey Branches is one of those visionary artists leaving techno music to lazy producers while creating an unique visionary sound, which comes close to IDM and a kind of abstract techno music. I fully enjoyed this sonic experience!