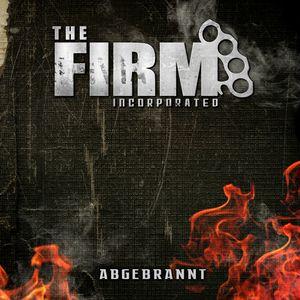 We first get the title song (“In Your Face”-version), which is a cool and club-minded piece of dark EBM. The track is driven by great filtered and manipulated sound treatments while the harsh shouts of Jens Kästel are still magic. No doubt about it, there’s no better way than taking off with such a cool song, which sounds in the purest EBM tradition.

Next comes the song “Feuer”, which doesn’t reach the same level as the title song although it’s a cool, dark-body sounding cut. This is much more than a B-side track.

We also get the expected load of remixes by some famous bands like Grendel, iVardensphere, Noisex and ES23 plus another version of “Abgebrannt”. There’s an interesting diversity between the remixes. Grendel made a noticeable, but not really creative remix of the title song while the Noisex-remix sounds like a fine experimental treatment. I honestly expected a bit more out of the ES23-remix.

The most convincing remix is the one of “Feuer” by iVardensphere. They transformed the original song into a great piece of minimalism. It sounds cool and totally different from the original song. There also is a so-called “Beat”-mix of “Feuer”, which has this typical German EBM-sound reminding me to early Oomph and E-Craft.

Conclusion: This EP is a successful debut for a surprising new project, which I hope will become more than simply a side-project. Let’s wait for more.