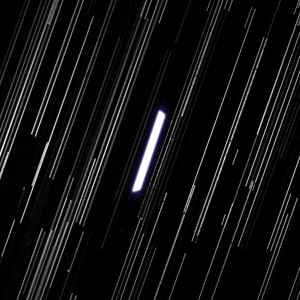 Background/Info: TH/S /S SH/T (This Is Shit) is a Parisian project, which is preparing a full length album. This self-titled EP is an appetizer to announce their album (entitled “///”) and is featuring 3 album songs plus 2 remixes.

Content: TH/S /S SH/T are clearly involved with electro-dance music although empowered and accomplished with guitar, bass and acoustic drums. The songs are instrumentals although you now and then will hear some voices, which are more like an effect.

+ + + : I can’t say to have been totally wild for this trio, but they approach is quite interesting. The songs feature dark grooves and sexy, danceable vibes. Especially the “Electer Remix” of “///” is a great piece of music. I like the dark sequences running through this cut and the solid bass line while you can hear some organ sounds in the background.

– – – : I always have a problem when preferring a remix instead of original songs. The three album songs can’t all convince, but the dark and groovy “Paraldehyde” is quite inspiring so let’s wait for the album to get a better idea about this band’s potential.