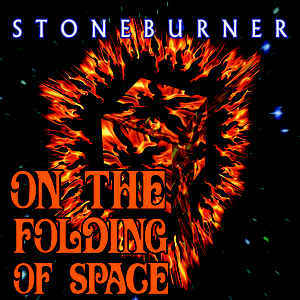 Background/Info: Steven Archer (Ego Likeness) took me by surprise in 2014 unleashing the debut-album of his side-project Stoneburner. In my opinion it was one of the best albums of that year. Archer deals with electro-tribal influences mixing electronic- and authentic instruments. He did some impressive tours in the US although it’s a band, which remains rather unknown here in Europe. “On The Folding Of Space” was released earlier this year and already is the fourth opus of this project.

Content: The electro-tribal influence remains the main element of Stoneburner. It’s an exciting sound that will rapidly bring you into a possible state of trance. Different chanting parts can be heard and are only accentuating the hypnotic feeling of the work. Some of the beginning tracks are even reminding me of Juno Reactor without the same dimensional power.

Stoneburner definitely walks on mystic fields, which is an aspect that comes mainly through on the ‘softer’ pieces. We now get a more evasive side of the band while the final part of the work sees Steven Archer turning the knobs of his machines to create a new mesmerizing effect.

+ + + : This album clearly sounds inspired by astral themes and quickly gives you the feeling that you are visiting fantasy-like music galaxies carried by trance- & tribal sound waves. I get the impression it all started as a pure ‘fun’ project, but Stoneburner clearly deals with a familiar although less explored music style. He injected diversity in his work and accomplished a few outstanding songs. The mix of trance-, tribal- and related mystic elements is a successful sound formula.

– – – : The only point that hurts me is the global production, which is missing some volume. It could be the mixing as well, but it should be interesting –even for an experienced musician like Steven Archer, to work with a talented sound producer to elevate the sound towards a higher dimension.

Conclusion: I instantly felt that Stoneburner was a project with an amazing potential and this new opus only confirms the genius of Steven Archer. It’s now time to conquer the European scene!