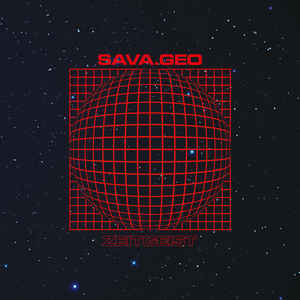 Background/Info: Behind Sava.Geo is hidden Savvas Georgiadis. This Greek artist has been involved in many projects and I’m especially reminded of Neuro-D. He also runs the label Kinetik Records. Sava.Geo already released a few EP’s, but “Zeitgeist” is the debut album for this band. The CD format features 17 songs while there also is a vinyl- and cassette release with fewer songs.

Content: Savvas Georgiadis remains faithful to his adored minimal-electro format. The composition sounds simple and without multiple layers, but simply conceived with great sound treatments and cold sequences. There also is an important atmospheric part running through the tracks. It creates a space-like feeling, which is quite soundtrack-orientated. The songs are driven by a slow tempo, which makes the music more accessible.

There’s a slow progression in the tracklist leading towards the last cuts, which are more elaborate and especially reveal judicious bleeps and impressive, icy sequences.

+ + + : Savvas Georgiadis is an artist with a real creative brain. Just like most of his bands, Sava.Geo remains animated through minimalism and a truly passion for sound creation. The opus reveals numerous little details and great studio effects. The main strength of this album emerges from its simplicity and the power of the sound sculptures.

– – – : My only regret is that some tracks are pretty short. I think Savvas Georgiadis deliberately choose to keep his tracks short and simple, but a few ones could have been a bit more elaborated to reach an ultimate apotheosis.

Conclusion: Sava.Geo composed a soundtrack for an imaginary movie dealing with a surreal and/or abstract theme and that’s why “Zeitgeist” is a truly appropriated title.