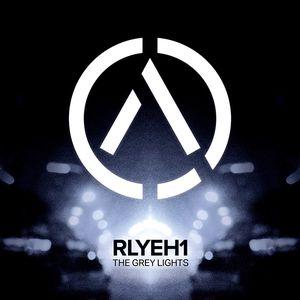 Content: Mindtrick Records is one of those labels I appreciate for their never-ending exploration of new talents. The least I can say is that the label from the Netherlands has a nose for finding new promising artists. Rlyeh1 is one more band we’ll have to keep an eye on. Samuele Daccò was born in Italy, but operating from Vienna.

The Austrian capital has forever been a real epicenter when it comes to artistic creation. I have my reservations if “The Grey Lights” will enter in history like the legendary ‘Jügendstil’-movement, but there’s an interesting description of the music genre. Rlyeh1 defines his sound like ‘post-dubstep’ and ‘future-garage’.

In the end it doesn’t sound that innovative at all, but just a fascinating exploration of sensual-sounding dubstep. There also is an experimental flavor emerging from the work revealing the work of a pure sound creator. It sometimes comes a bit close to a soundtrack composition, but the constant deep and dubby vibrating sounds bring us back to the main essence, which clearly sounds dubstep inspired.

The exploration of sounds however remains one of the main strengths of the work. Samuele Daccò uses an impressive arsenal of sounds, which he likes to manipulate with studio effects. It sometimes creates an exciting glitch effect. The production of the vocals is a bit comparable to this experimentalism. We can’t totally speak about ‘classical’ vocal lines but more like in a fragmented parts. However the vocals have been produced in a rather sensual way. You’ll notice the somewhat murmuring words creating this ‘hot’ sensation.

There also is a somewhat paradox aspect running through the work. I already mentioned the efficient sexy vocal parts, but on the other side you also will notice a few impressive icy-sounding leads. The song “For Ever” is worthy of examination to discover the different poles of the production. When the sensual element starts to dominate Rlyeh1 clearly reaches a kind of climax, which you’ll hear on “Piece Of Paper” and “Cold White Hell”. The composition is made with intelligence while avoiding the standards of dubstep, which maybe explains why Rlyeh1 claims to deal with ‘post-dubstep’.